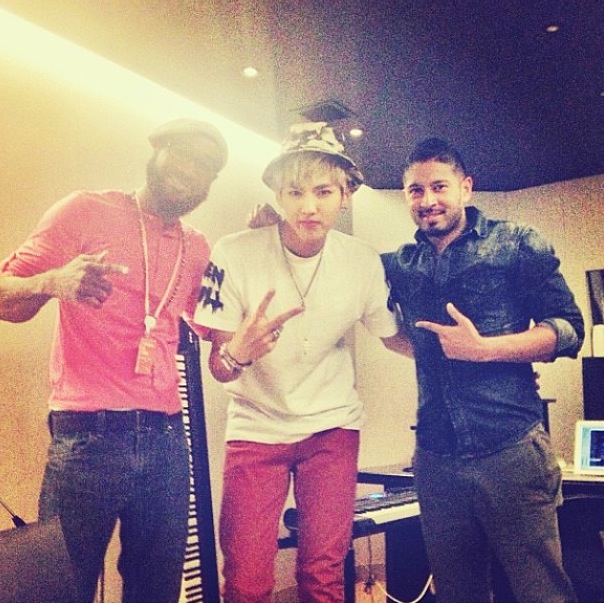 Over the past few hours, SM Entertainment‘s producers and songwriters have been diligently working on Exo’s upcoming single!

Producers Vintage Frost, Dr., Ryan S. Jhun, and many more arrived in Seoul a few days ago to work their magic and create another hit track for the rookie group.  Ryan S. Jhun of Macan Entertainment had previously worked with Exo for their last album, XOXO. 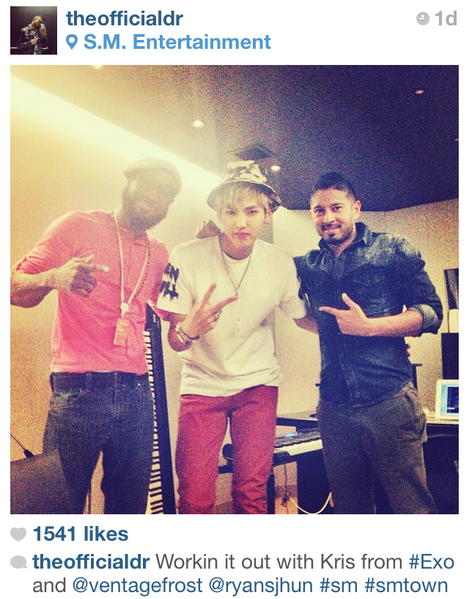 Yesterday, Vintage Frost and Dr. both uploaded a photo of themselves hanging out with Exo’s Kris in SM’s recordingstudio.  Few hours later, Dr. updated his Twitter with, “SM building is shaking with this music right now!”

In addition, Vintage Frost also uploaded a video onto Instagram while in the studio.  Instrumentals for what sounds like a swing/hip-hop song can be heard blaring in the background.   While the video has been removed, it has been re-uploaded by onto Youtube.

These recent updates were met with both joy and criticism.  Many fans felt that the news of Exo already working on their new song/comeback meant that the boys were not getting enough rest. This worry intensified after Chinese member Tao injured his torso while completing in the Idol Star Athletics Competition few days ago.  However, music production takes months before the finalized song to be released, longer if the producers are also working on others songs for Exo and/or other SM artists.  Whether it will be released later this year or early 2014, stay tuned for Exo’s upcoming record-breaking track!