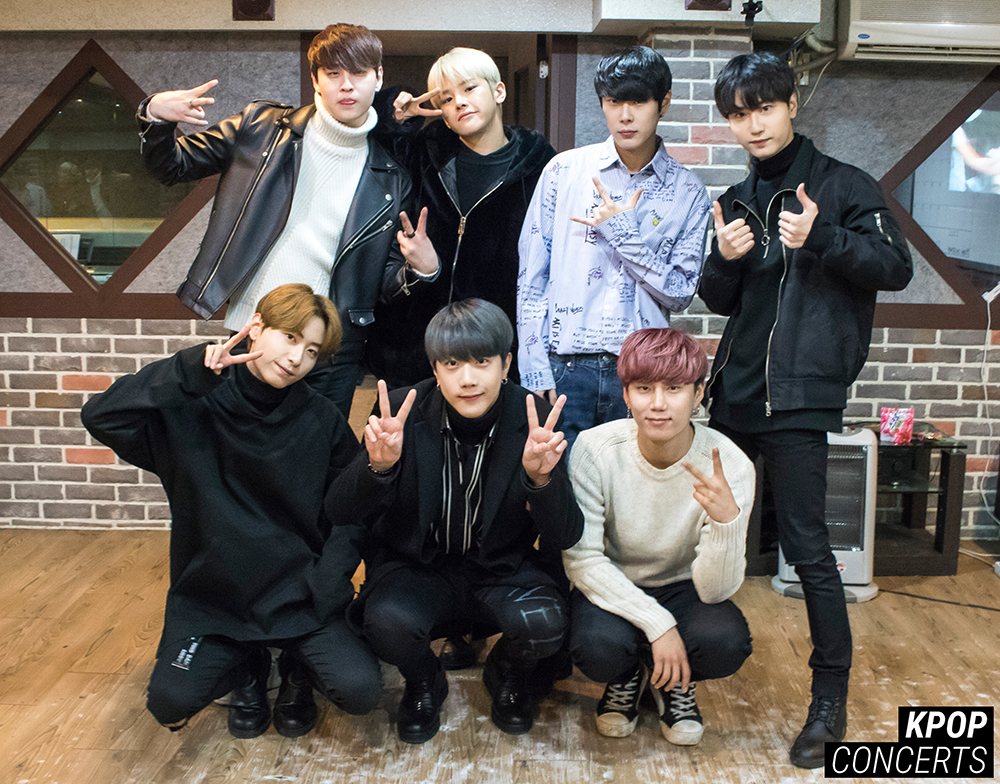 In less than a month, MVP will be hitting the world stage with a South American tour, where they will show off their stellar choreography, catchy rap and vocals, and high energy performances. The tour kicks off in March and marks a milestone in MVP’s list of achievements, just short of their one year anniversary.

As part of PH Entertainment, a company of industry-experienced professionals that aims to propel their artist into the domestic and global markets, MVP (“Most Valuable Player”) debuted with the mini-album “Manifest” and released “Take It” as its promotional single. This dance-heavy, glitch hip-hop track laid down solid groundwork for the septet, who thrive in the style. The track also gives a glimpse of the talented young group’s capability to deliver dynamic stages with rhythmically complex songs and intricate, synchronized choreography.

Kpopconcerts.com had a chance to sit down and chat with MVP’s Kang Han, Rayoon, Been, Sion, Gi Taek, P.K, and Jin for a two-part exclusive video series where we learned more about their background, personalities, and goals for 2018. We would like to thank SubKulture Entertainment, MVP, and PH Entertainment for the interview collaboration. We’d also like to thank SubKulture and its partner K-Experience, a Brazil-based promoter, for their hard work in making the upcoming South American tour happen. South American MVP fans, you can catch them during the five-stop tour: 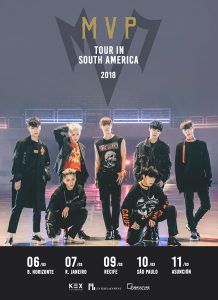 For more information, please like K-Experience‘s official Facebook for the latest updates on ticketing information! And remember, stayed tuned into Kpopconcerts.com’s social media to discover our exclusive MVP footage, behind-the-scenes photos, and selcas from the boys themselves!