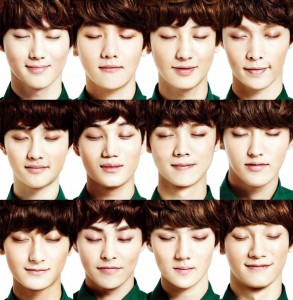 EXO released a special album this month called ‘Miracles in December’. Four tracks from this album, ‘First Snow’, ‘Christmas Day’, ‘My turn to Cry’ and ‘The Star’ have been at the top holding number 1 to 4 on 7 different music charts including Melon, Olleh Music, M-Net, Naver Music and Soribada! Not only that, the Chinese version has ranked very high up in the charts in China.

Since the release, EXO has been performing at various music programs, such as M Count-down, KBS Music Bank, MBC Show! Music Core, SBS Inkigayo. Earlier today, EXO was nominated as a finalist at Show! Music Core. The other nominees were Seo In Guk & Zia and Hyorin but the first place went to EXO.

Do You Have a Question for Park Jungmin SS501?