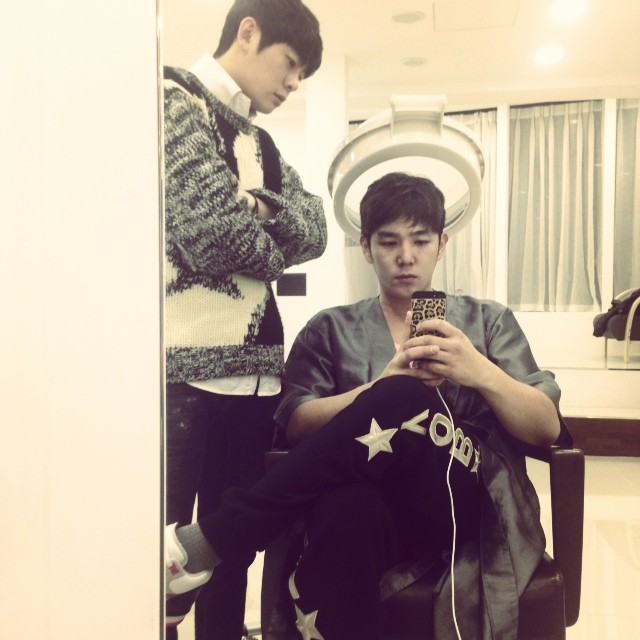 Kangin has been active on Facebook and Twitter but as seen in his first instagram post, he started the app due to someone bothering Kangin that he doesn’t have an account. His first picture was a self at a hair salon. He said “As I haven’t had much time, I came to have a haircut after a long time”.

Kangin has been filming a feature film based on a Korean web toon, ‘Cat Funeral’ with actress Park Se Young. The movie is a romantic and mellow story of ex-lovers, who meet after a year after their break-up. Dong Hoon (Kangin) and his ex-girlfriend (Park Se Young) leave for a trip to hold a funeral for their cat that passed away. The film is scheduled to be released in 2014.