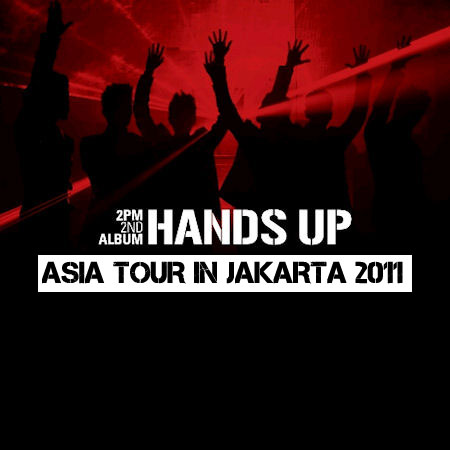 For the first review, this concert was really cool. Start from Chansung – Taecyeon’s fighting part. There’s a part that Chansung must synchronize well with the projector film, Chansung really did great!

Second review, the promoter from this concert was so bad!! I think this is the worst promoter I’ve known. They’ve the worst security. My friend didn’t pass her ticket to the security & didn’t get a scan for her ticket, but she could get in. At 3rd floor, people that bought festive ticket must wait 1 – 1.30 hours, while in 4th floor, festive people could get in faster.

Third review, the hottest need MORE fans service. Inside the hall, those who got festive class A were really lucky. Some of them were going to faint & wanted to move to festive class B. There’s a time when 2PM singing ‘Only You’ & they threw flowers. The flowers weren’t that many so we must fought for them. Actually I could get Chansung’s flower, but somebody pushed me backward & people in front of me those who got it.

After the concert, you could see many official goodies there. From official T-Shirt for Hands Up Concert, photobooks, file holder, starcards, etc. All of them imported from South Korea.

For those who watching, you’ll get mad when the part girl dancers were touching 2PM’s abs!! Really, but I really want to thanks to the dancer, they’re awesome & pretty!!

I'm an admin in KPOP bands (http://facebook.com/KPOP.bands) Ready to update all about KPOP :) especially latest teaser/MV/group

AA (Double A) "So Crazy" debut on Music Core