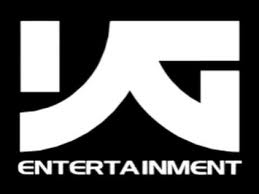 As announced before, there will be a program called ‘WIN’ to determine which boy group will debut. This, however has been postponed to July 26th. Because of this change, Kang Seung Yoon’s debut album has been positively changed.
Originally, his debut song would be “Wild and Young” with a rock theme, which YG felt matched the summer mood. However, the rainy season in South Korea has begun, and the song would not match the weather.
For this reason, Kang Seung Yoon will debut with another song from his album “It Rains” on July 16th and release “Wild and Young” at a later date. September will be his official mini album release.

As for Taeyang, his new album will be also released in September. This is the first time he has been in full control of producing his own album, which means it will take a little longer than usual. The album will consist of 10 songs and has the help of American songwriters.

2NE1 will release their next track at the start of August. Although Falling in Love wasn’t really a 2NE1-style song it was really great. The new track will be upbeat and catchy, which is more of what we’re used to from the girls.
Their new music video features chroeography from Koharu Sugawara who worked on Falling in Love, and will be directed by Seo Hyun-Seung.

One last topic YG talks about is Double Park TV. The teaser was released on YouTube and shows 2NE1’s Park Bom and Sandara Park in a humourous light. The show will be online and it will be unformatted. Which means they’re free to do anything.
Through Double Park TV fans will be kept updated about the happenings in YG Entertainment.