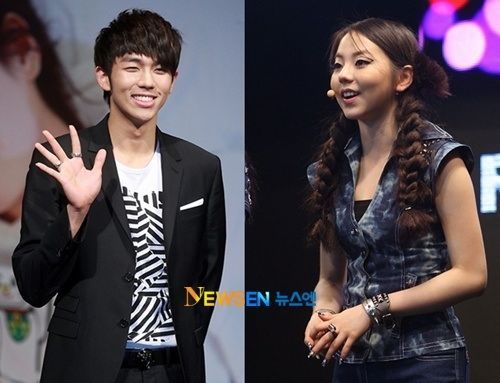 Both artists work under JYP Entertainment allowing them to become close to one another. Sohee, has a naturally shy personality and Seulong was one of the few friends she had, said an anonymous source to Dispatch, a Korean news outlet.

“Sohee is such a careful character,” said the anonymous person, who knew both members well. “Although she’s been a celebrity for a while, she can count the number of friends on one hand. She’s not the kind of person to easily reveal her feelings to anyone.”

From pictures taken of the two, you could tell they have a close relationship and care deeply for each other. The couple progressed greatly in their relationship especially after Sohee returned from her American activities, Dispatch said.
[ad#GA-468-img-natmj] Seulong was a ‘soulmate’ for Sohee, according to the source. “Although she’s part of the world’s best girl group, she’s still a young teenager,” the source revealed. “She went through a lot in the States. Seulong was Sohee’s only friend and oppa with whom she could freely talk about her problems.” You can tell these two have an endearing relationship!

On one date, held on January 8th when Sohee returned from Taiwan, Dispatch captured the pair snacking on rice noodles and exchanging
presents like a cute couple. They also met during Christmas, where they also exchanged presents and went on a Gangnam date in Seulong’s car.
[ad#GA-468-tx-natmj] A representative for JYP took a cautious stance, acknowledging that Seulong was one of Sohee’s few close friends, but refused to discuss the
matter further. “The company does not know about their artists’ own private lives. Especially for emotional problems, we do not get
involved. It will be hard to confirm anything about any feelings other than just friends.”

Such sudden news! K-PopConcerts wish them only the best.