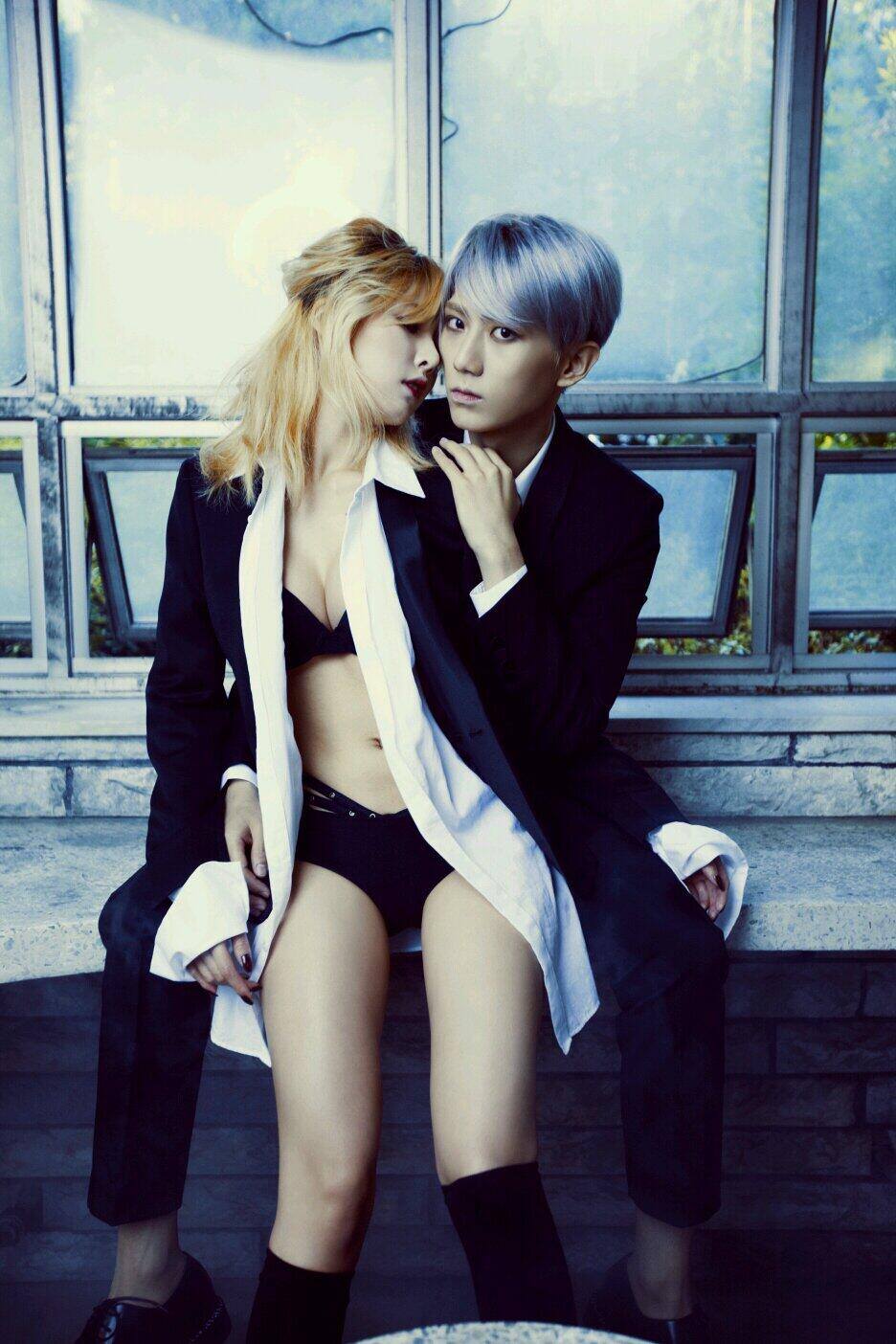 On October 30th, Troublemaker opened stages for ‘There’s No Tomorrow’ and ‘Attention’ to the public through MBC Music’s Show Champion. Troublemaker and dancers started off the stage with the song ‘Attention’, and their flashy dance moves and voice were good enough to catch people’s eyes. Also, the stage was so cheerful and magnificent; it almost looked like a musical.

A stage for ‘There’s No Tomorrow’ dragged out sexiness of Hyuna and Hyunseung even more. They made high completeness of the stage with great performance, as well as good facial expression Also, they caught fans’ eyes by putting a kiss performance in middle of the song.

The song ‘There’s No Tomorrow’ delivers the story of young adults, who escaped from their everyday life, and they used the musical ‘Bonnie and Clyde’ as a motif. The special feature of the song is a dreamy composition of saxophone and string instrument. The music video was also an issue and it already made to over 5,000,000 hits.