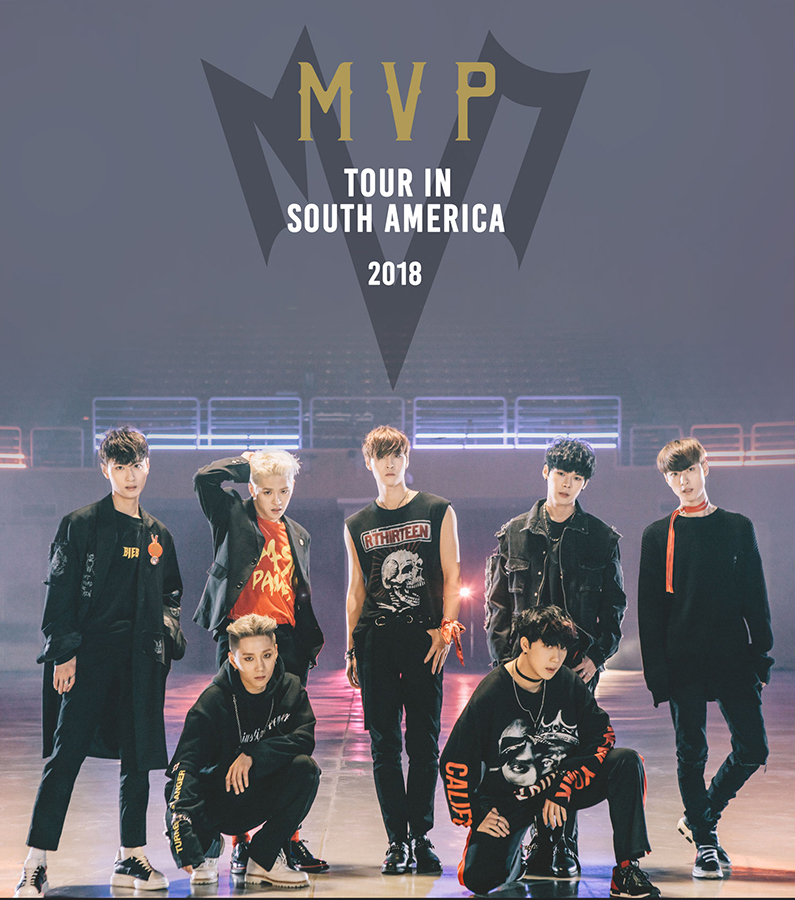 MVP’s South American Tour will begin March 6, 2018 and end on March 11, 2018. MVP will show off their talents in the following five cities: 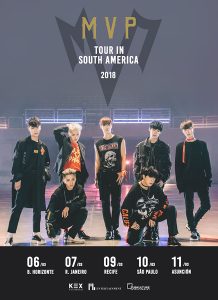 This seven-member boy group debuted on March 13, 2017 with their mini-album Manifest which was produced by Avenger Seung. Avenger Seung is a production team that has worked with various, notable artists in the industry such as BoA, KARA, and Nine Muses. MVP separates themselves from the competition with their unique song “Take It” which incorporates a mix of hip-hop, glitch, and dub step. The group quickly gained popularity in Brazil after their amazing debut performance and they’re bound to continue shaking up the South American fanbase!

Want to learn more about the talented members of this group? Check out some of the links below where they took part in a survival program and showed off their hard work during some performances.