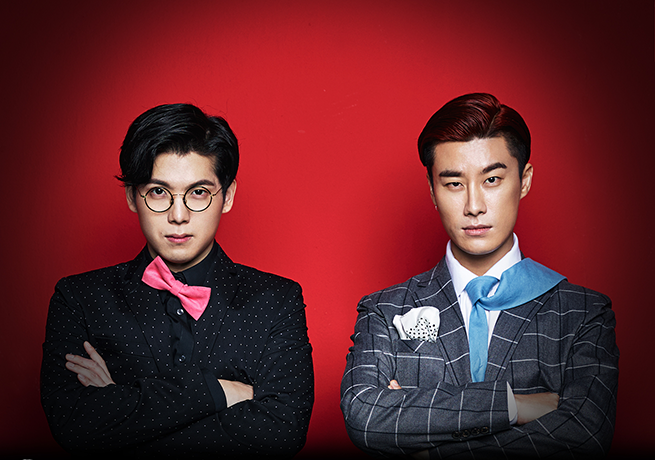 If you’ve ever followed Korean music or even just Korean hip-hop music, then you will have known two of the hottest rappers on the scene: San E and Mad Clown, formerly judges for the mega-hit series Show Me The Money.

As reputable influencers in the Korean hip-hop hemisphere, San E and Mad Clown have had many hits under their belt. Currently signed under well-known label Brand New Music, San E has won the Korean Music Awards’ “Best Rap & Hip-Hop Song” in 2010 for his song “Rap Genius.” Since then, he has partnered with many favorite singers such as Raina of girl group After School and now-soloist Hyorin to release chart-topping songs that have been nominated and even won awards at MAMA, Golden Disk Awards, and MelON Music Awards.

His tour partner does not fall far behind in accolades as well. Mad Clown first achieved maintstream success with his 2013 duet with Soyou, ”Stupid In Love.” He proceeded to rack up awards with Gaon Music Awards and, to date, has five more number one hits, including his 2017 single “Lost Without You” featuring Bolbbalgan4. Known for his lyrical sensibilities, Mad Clown is often the judge of popular rap survival shows, most recently for High School Rapper.

Fans of Korean hip-hop music will now have the opportunity to catch these two talented musicians here in North America, as they embark on their first North American tour together, We Want You, and will perform collaborations tracks “Sour Grapes” and “Lonely Animals.” 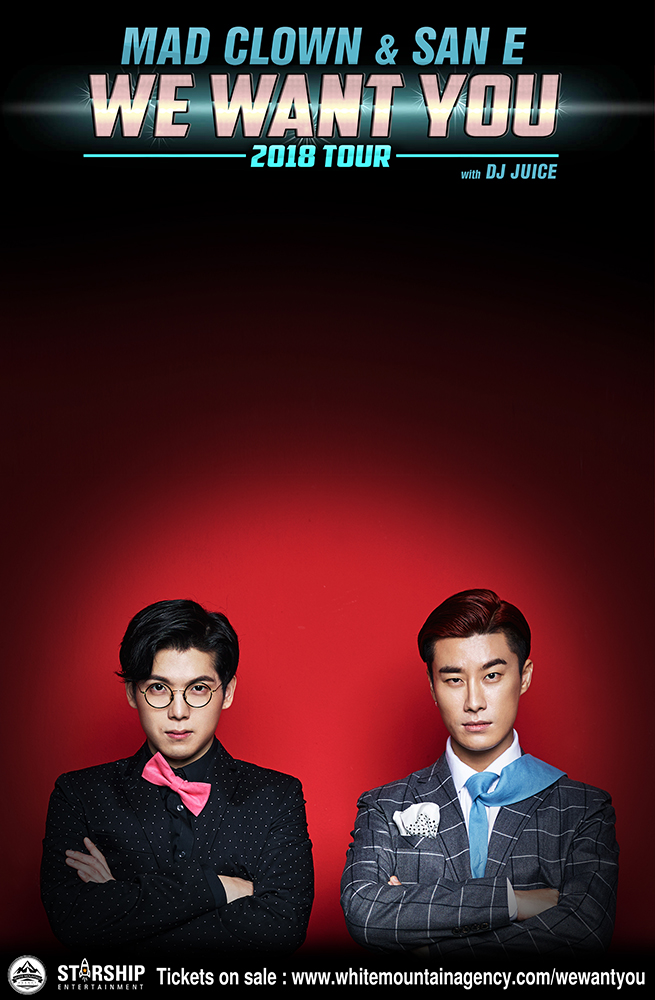