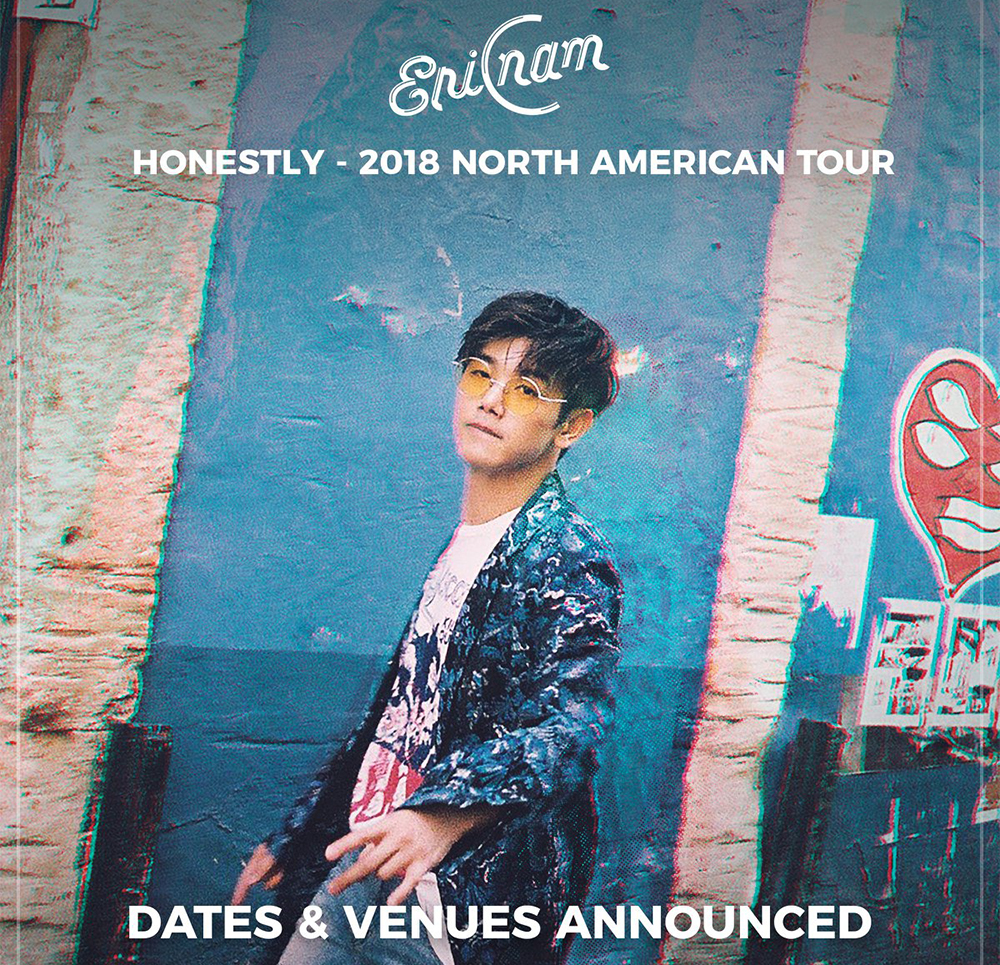 Eric Nam is ready to take on North America! 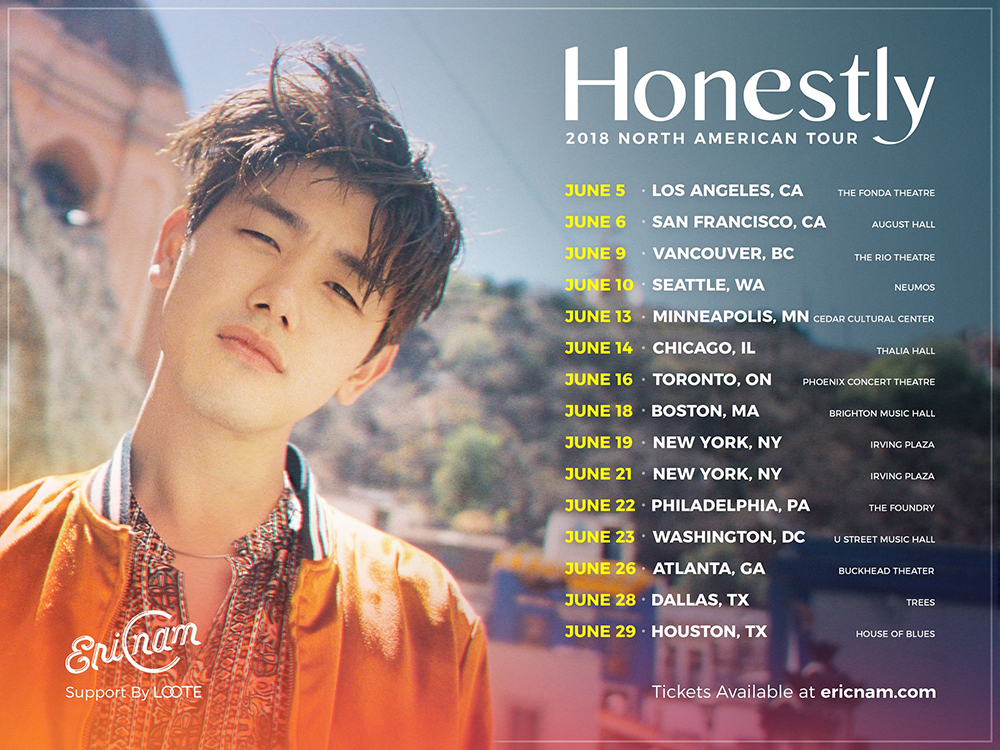 June 9 – The Rio Theatre (Vancouver, BC) 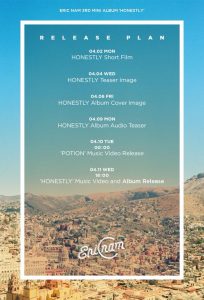 Eric Nam’s rise to fame started off by his cover song videos that he posted on Youtube. His talent caught the eyes of MBC, which led to him appearing on “Birth of a Great Star 2” in 2012 and placing in the Top 5, prompting his musical career. Since then, Eric Nam released two EPs, six singles, six collaborations, and five features on K-Drama OSTs. In January 2017, Eric Nam released a collab track with GRAMMY-nominated American singer Gallant and Epik High‘s Tablo for the song “Cave Me In,” which trended worldwide on Youtube and Facebook for three days straight. Since then, he collaborated with former I.O.I member Somi for their “You, Who?” single and featured on DJ/ dance producer ARTY for his single, “Idea of You.”

[TOUR] Wanna One Takes On 'ONE: THE WORLD' TOUR