Angels, are you excited for Teen Top’s comeback in August?

Yesterday (June 23), management agency TOP Media announced through its official website that the group would be meeting fans with a new album in August, a postponement from the earlier announced comeback date in July. The album is expected to be the group’s second studio album, following album No.1, which was released in February 2013.

In addition, the six-member boy group will also be holding two fan events in Korea: the ‘Teen Top Meets Angel in July’ on July 10, to celebrate the group’s fourth anniversary and the ‘Angel Vacance’ official fan meet on July 27.

Amidst their busy tour schedule, Teen Top will also be meeting fans through  a new reality and documentary programme, which will begin broadcast on Mnet starting July 11.

After holding concerts in Japan, Europe and USA earlier this year, Teen Top will be heading to Hong Kong on July 28 for the next leg of their 2014 ‘High Kick’ world tour. 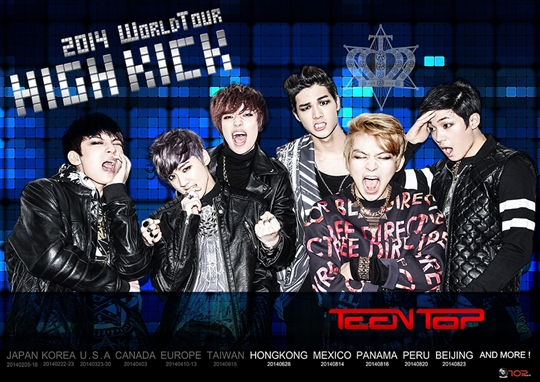