Following the recent announcement of actor Kim Jung Tae’s departure from popular KBS variety show ‘The Return of Superman’, it seems that actor Jang Hyun Sung will also be leaving the show.

According to earlier reports, the 43-year-old actor and his two sons, Jun Woo and Jun Seo, will be leaving the show, and will be making their final appearance in the episode airing June 29.

After much discussion with the production team, Jang Hyun Sung has decided to exit the show, in order to focus on his acting career.

The actor said, “In order for my children to concentrate more on their studies, and for me to focus on acting, I have decided to step off the show after discussion with the production team. I am grateful for receiving such great love and I will return my thanks with good acting.”

‘The Return of Superman’ is a variety show that records the process of how celebrity fathers are left to care for their children alone for 48 hours, and begun broadcast on KBS back in September 2013. The show also features Epik High’s Tablo, host Lee Hwi Jae, and fighter Choo Sung Hoon (Yoshihiro Akiyama). 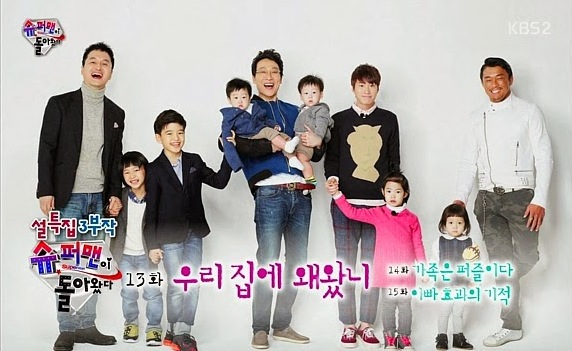 Second Batch of WINNER in New York Photos Are Released