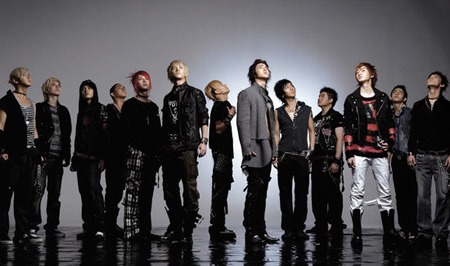 Super Junior are to be involved with a project by Nongrim Soosan Food Company’s “Korea Food Expo 2011”. The project involves a bus and a lot of “Suju Dduk” (rice cake). 3000 female students in the Soodokwon area who are about to take entrance exams into the big college, will receive these special rice cakes

The aim of this project is to encourage high scores from the students. However there is also a secondary motive, to promote Korean food through Super Junior, one of the most popular groups with the young generation of students. It also hopes to encourage pride in traditional Korean food in Korea.

The “Suju Dduk” event will be supported by tweets (@atcotweet) from students wanting to achieve high scores in the exam, although perhaps they should be studying not tweeting. KFE 2011 will be out in force on the test day and will be in places such as subways and bus stations where students will be travelling to their test sites.

Super Junior will be in a different location to the KFE stands. They are expected to show their love for Korean food at Coex from Nov 9th – 12th where the majority of the visitors are expected to arrive.

JYJ proud to be first kpop concert in Europe