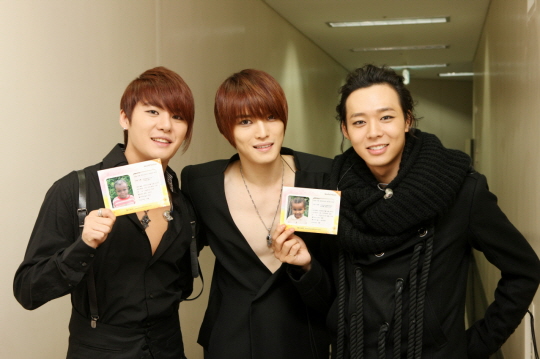 JYJ’s Jun Su was interviewed by YTN TS’s News Wide a day before their concert in Berlin, the second location in their European tour, over the phone. When asked what had made JYJ choose Spain and Germany for Europe tour, he replied “It is because of their location rather than other reasons.”

He added, “We never imagined performing in Europe before. It was not easy for us to decide to have a concert on our own in Europe. But, a lot of fans came to support us, which helped us make up our mind.”

Asked, “Aren’t you proud of being the first K-pop group to go Europe tour?” he replied, “Very proud, but feel responsible more than feeling proud. When deciding for JYJ what to do, I contemplate whether it could benefit my country as well as JYJ. However, as long as we can contribute to spreading Korean culture through our music, it couldn’t be better.”

Hopefully the success of JYJ’s tour in Europe will encourage other kpop acts to follow in their footsteps.

JYJ are currently on their Europe tour having started in Spain on the 29th of last month. This month JYJ are moving onto Tempodrom in Berlin, Germany on the 6th Nov.

Rain gets 19 out of 20 targets at shooting range