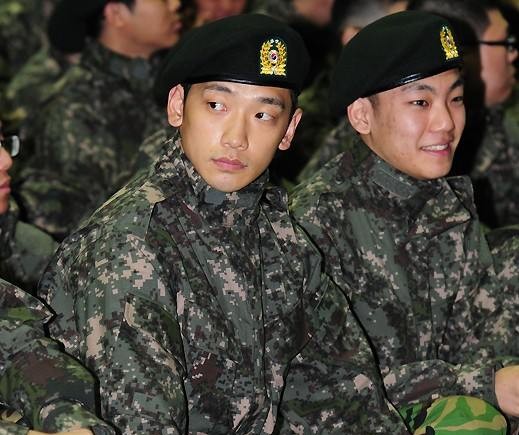 It’s been less than a month since Rain began his army training and already is being recognised as a first-class marksman.

Materials released publicly on the 6th by Democratic Congressman Shin Hak Yong of National Assembly Defense Committee after being submitted by the Ministry of National Defense, show that the popular kpop celeb scored 19 out of 20 for daytime shooting and 10 out of 10 for nighttime shooting.

In military terms if the recruit hits the target more than 18 times out of 20 for daytime shooting and more than 9 out of 10 for nighttime shooting, it is considered as achieving perfect scores.

Rain’s first class shooting came when he scored over 60% accuracy in his first target practise and then went on to measured shooting.

Out of the 140 recruits that took part in the shooting range, it is reported that Rain was No. 3 among them, where 98 also were shooting with over 60% accuracy.

On the 14th, Rain is scheduled to move out of his training camp, reported by the Ministry of National Defense. It is likely that he will be selected as a special soldier because of his high shooting accuracy.

JYJ proud to be first kpop concert in Europe