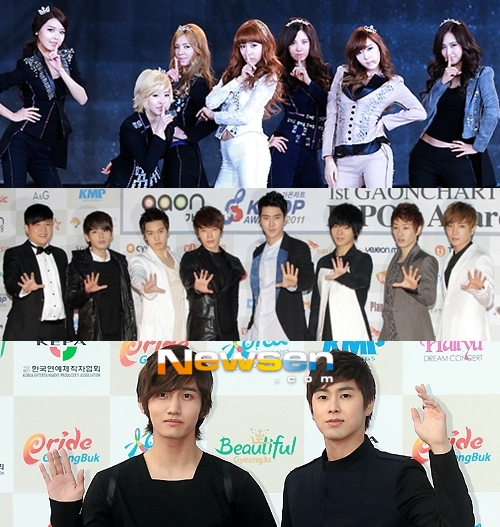 The profits earned by SM artists like Girls’ Generation, Super Junior, and TVXQ have been revealed. According to Financial Supervisory Service Data Analysis, Retrieval and Transfer System, SM Entertainment’s March 6th prospectus listed their top five earning artists and further showed their sales relative to each other.

As expected, Girls’ Generation made the highest contribution to SM Entertainment’s sales figures. Super Junior came in second, with TVXQ, SHINee, and f(x) making up the rest of the top five.

While the above includes earnings from individual activities, SM Town and other performances and projects are excluded. This essentially means that their actual earnings are a lot higher than presented in the prospectus.