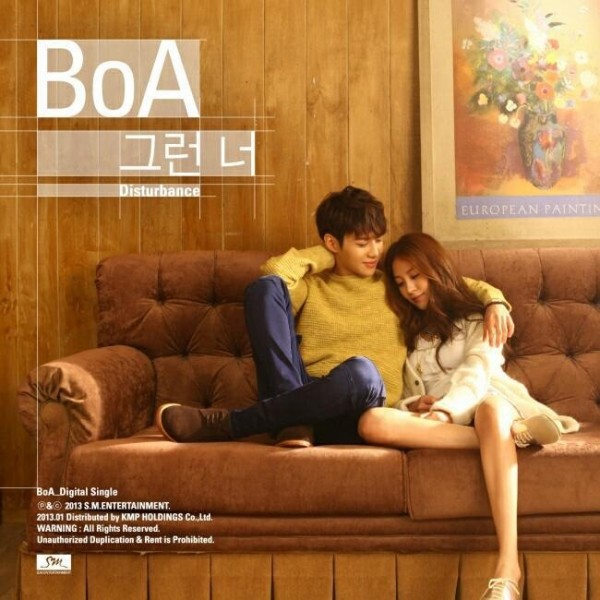 The cover for ‘Disturbance’ features Taemin comfortably wrapping his arm around BoA as she leans on his shoulder. Many Shawols voiced their opinions of the picture on how mature Taemin looked and the comfortable aura between the two artists, “Baby Taemin is really all grown up!” “They look so comfortable with one another, they’ll make the cutest couple ever!”

The single will be released on January 28th and will be performed in BoA’s upcoming solo concert, “BoA’s Special Live 2013 ~Here I Am~” on January 26 at Seoul’s Olympic Hall.