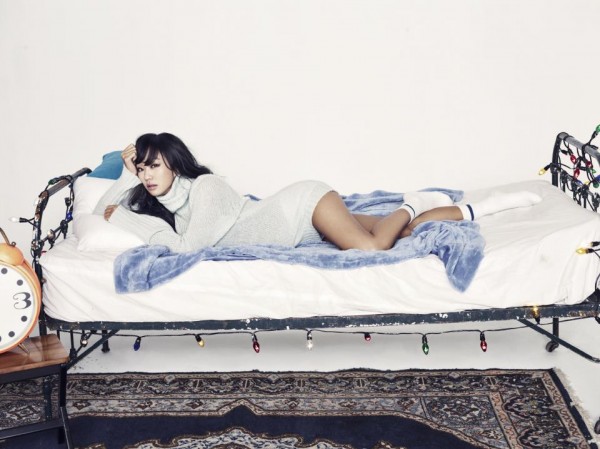 The four photos show off the sub-group’s sexy side as they pose on a bed in short, over sized knit sweaters. The photo compliments the girls’ S-line curves while still portraying their innocent and cute charms.

It’s been announced that the girls have collaborated with the legendary Brave Brothers for their comeback, causing fans to predict another ‘all-kill’ single. Brave Brothers has produced numerous of SISTAR’s songs such as ‘Ma Boy’, ‘Alone’, ‘Loving U’, etc.

The girls are set to make their comeback on January 31st! Until then, check out their teaser photos below!