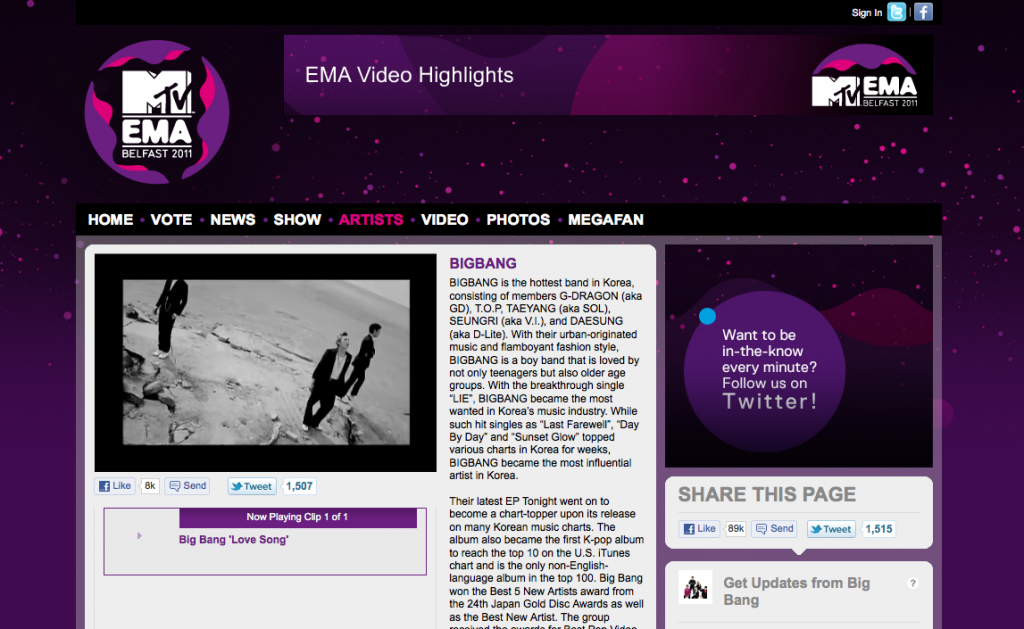 The MTV Europe Music Awards always changes its host city. The United Kingdom has hosted the event three times in London, Edinburgh and Liverpool. The UK will host it for the 4th time in 2011 when the awards are held in Belfast in Northern Ireland.

MTV EMA 2011 WORLDWIDE ACT NOMINEE : BIGBANG
BIGBANG is now up against for the THE WORLD WIDE ACT AWARD

You can vote here  http://asia.mtvema.com/artists/big-bang

You can vote for Worldwide Act categories through 4th November.
The winners will be announced on 6th November at the 2011 MTV EMA in Belfast, airing on MTV at 9 PM CET (9 PM GMT in the U.K.).

CNBLUE and FTISLAND plan to expand to UK in 2012