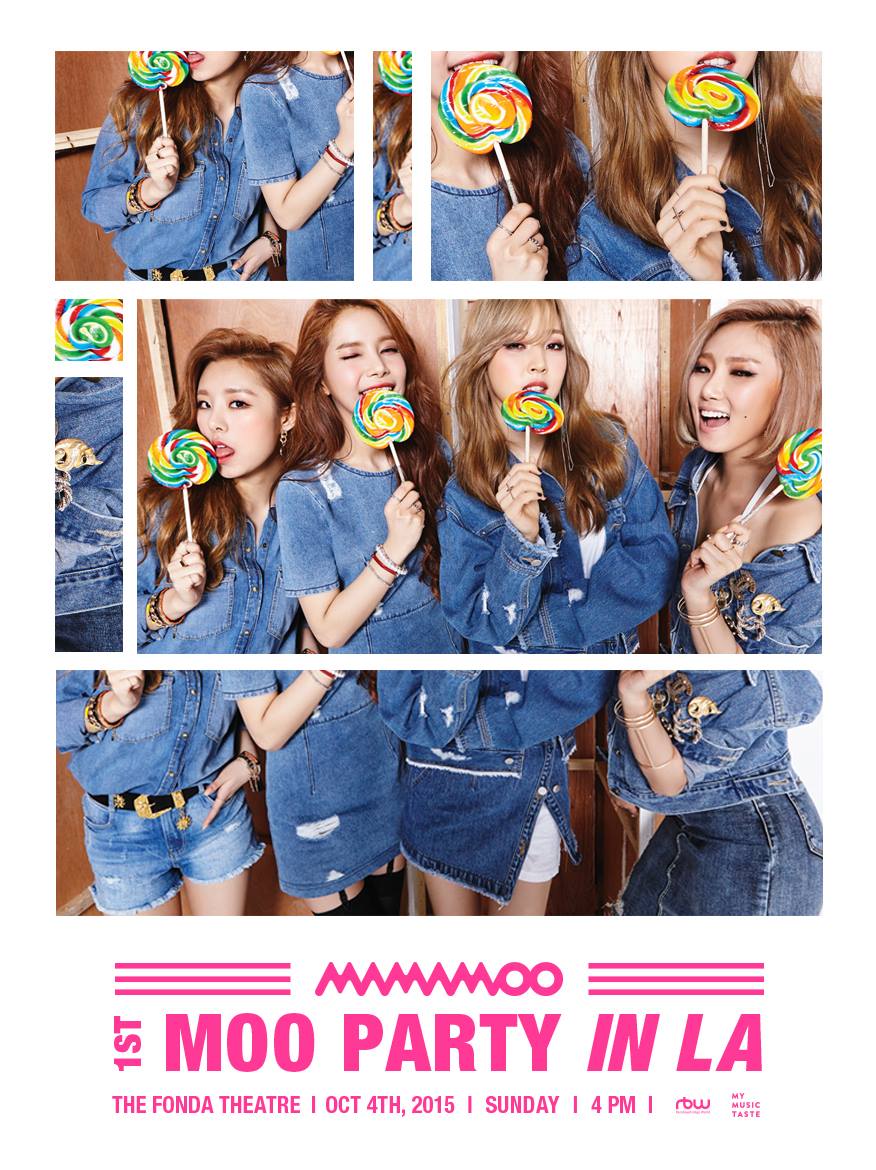 Breakout rookie group MAMAMOO will be meeting their American fans  for the first time at MOO PARTY IN LA!

Presented by live event-making platform MyMusicTaste, the fan meeting will be held on October 4th at the Fonda Theatre in Los Angeles, CA.  The fan meeting consists of a Q&A session and as well as a performance of the girls’ hit songs.

Can’t make it to the fan meeting? The quartet will also be performing live at the 42nd annual Los Angeles Korean Festival taking place the day before (on October 3rd) at Seoul International Park.  Admission to the festival and all its activities (including the concert) is completely free. However, it is advised that those who wish to see MAMAMOO’s performance should arrive early to guarantee a good spot near the stage.

In addition, MAMAMOO teamed up with MyMusicTaste for The Movement, a competition where participants must create a fully developed marketing plan to promote MAMAMOO in their respective country.  Six lucky winners (each from a different country) will be flown out to South Korea to learn the ins-and-outs of being a concert promoter.

GOT7 Releases Teasers For Youngjae, Yugyeom and BamBam