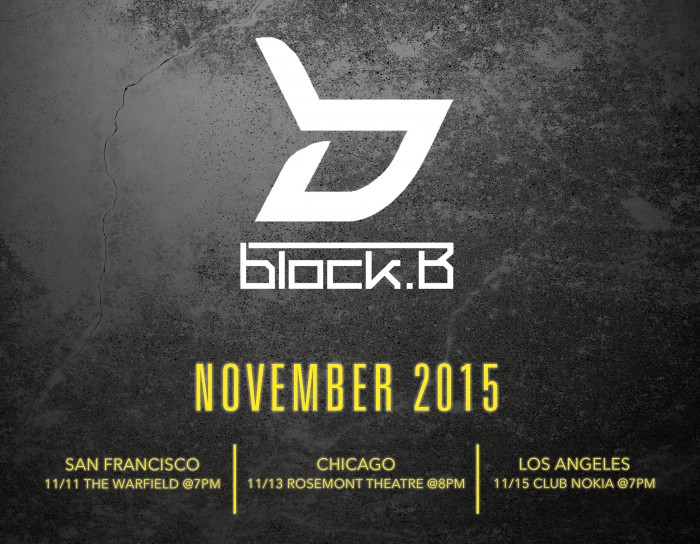 After holding showcases in the East Coast and making their West Coast debut last month, hip-hop idol group Block B will be hitting up the United States once again for a three-city tour in November.

Presented by SubKulture Entertainment,  Seven Seasons, and M Live, the 2015 Block B U.S. Tour will take place in the following locations:

Tickets are scheduled to go on sale on October 17th at 10AM local time. Ticket prices are as follows: 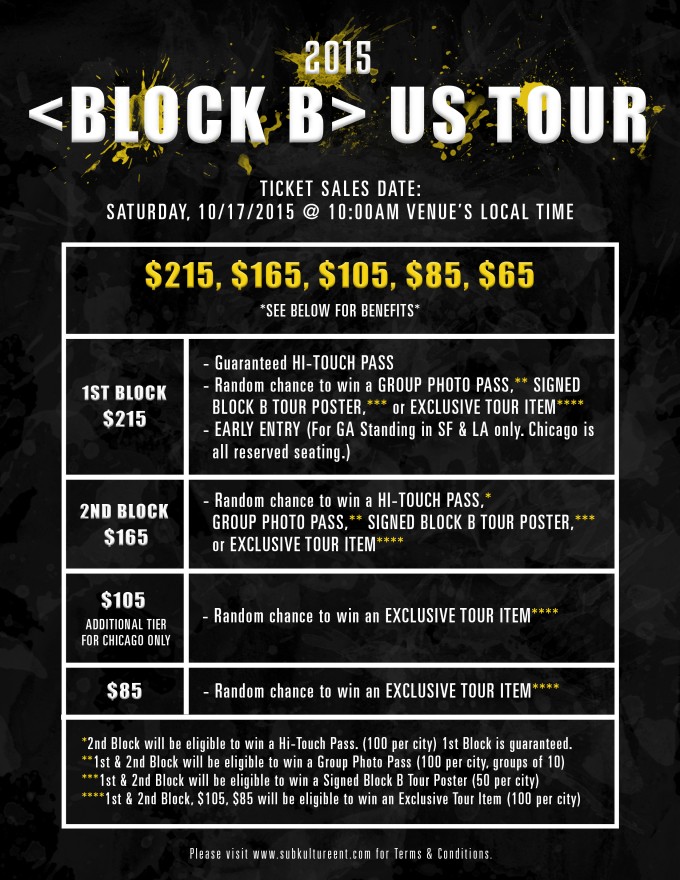 More information on the ticket pricing, benefits, and terms & conditions can be found on SubKulture Entertainment’s social media platforms:

Block B’s debut in 2011 changed the game of the K-Pop industry.  With their debut track “Freeze” from their album, New Kids On The Block, the hip-hop group caught the public’s attention for their bold lyrics and rough, tough guy image unaccustomed to the pop-centric music scene.  Block B’s popularity only rose with the release of their third mini album, Very Good, in 2013 followed by the debut of their first subunit Bastarz (B-­Bomb, U­Kwon, and P.O) earlier this year.