SM Entertainment’s ‘I AM’ Movie Review

On Wednesday November 7th, Korean K-pop movie ‘I AM’ was screened at ICA London as part of the ongoing London Korean Film Festival.

Even though the film was shown in the evening, many fans had been waiting for hours holding their favourite stars’ merchandise and coloured lightsticks to sit at the best seats in the cinema.
[ad#GA-468-img-Rachel]

‘I AM’ is a film based on SM Town’s recent concert at Madison square garden, USA. Showing concert performances as well as videos of embarrassing audition shots, ‘I AM’ was a mixture of laughter and tears. Fan’s who were lucky to be at the sold out screening screamed everytime their idols were on screen and even shouted out chants along with the songs. The film was a nice way to see stars of SM such as Girl’s generation, TVXQ, Super Junior, Shinee, Boa, F(x) and Gangta behind the stage and spotlight.

From the embarrassing audition moments to the hard times the k-pop idols have experienced, IAM showed another side to life as a well-known celebrity and made the audience think about how hard these young people have worked to get to the heights they are now.

At the end of the movie, cover dances of SM town artist songs from fans all over the world were shown, which proved how much impact k-pop has had globally in recent years. These videos were picked from a competition by SM where fans entered their videos to get the chance to be in the movie.

Even after the film was shown at the ICA, the fans were greeted with life size autographed figures of the 5 Shinee members. Fans were lining up to get a shot with their favourite member, which was great to see! 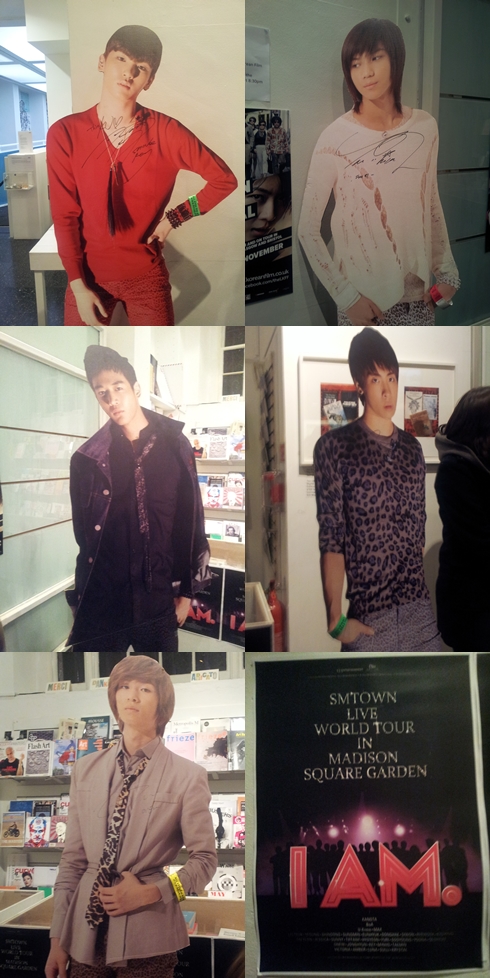