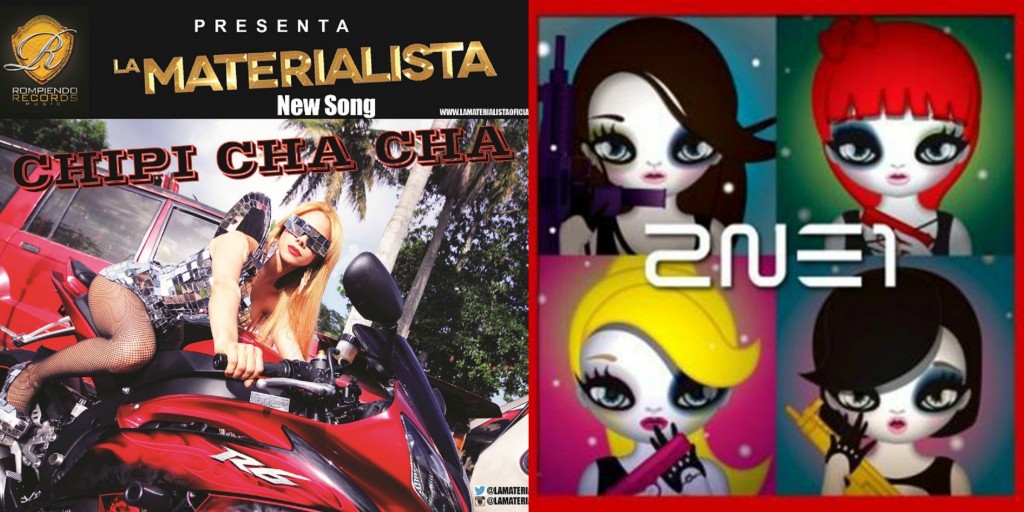 As we all know, Dominican Republic singer La Materialista has recently released a new song, which sounded similar to 2NE1’s I Am The Best.

Blackjacks have been furiously Tweeting the singer and commenting on her YouTube accusing her of plagiarizing 2NE1’s song, with comments such as “Wow!!!! what a copycat” and “Obviously she wants to steal 2ne1’s song“.

Since the news about this had quickly spread, the singer sent out a few tweets clarifying that it was just a cover with her own lyrics. The tweets included:
“sorry I didn’t think you would feel bad for me it was an honor making a cover of the song with my lyrics because ♥”
“i am sorry but I am not the 1st artist and have over 60 songs composed by me”
“I have enough talent for others but I liked this one so I wanted to do it but I am not thinking about selling it”
“It seems like everyone here speaks Korean and can realize that my lyrics are an adaptation of the melody”
“My song #Chipi_Cha_Cha is an adaptation of a Korean melody but the lyrics are mine and it is the 1st time that I do it like others”

Regarding the third Tweet, she never did try to sell it and the track was up for a free download. We still have yet to wait for a statement from YG. Until then, do you believe her? Or is she trying to cover up?

For those who haven’t heard it, the song is here.