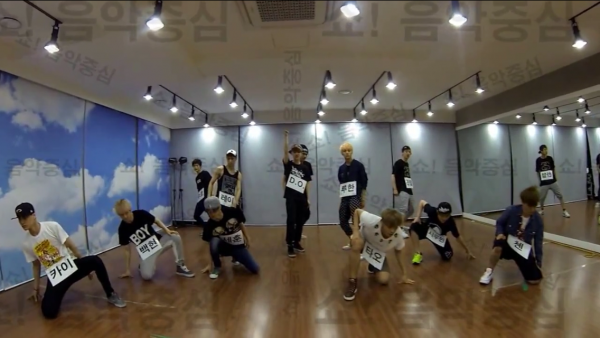 Looks like the boys just can’t get a break can they?

On July 27th, a user leaked Exo‘s full dance practice of their upcoming track, “Growl“, prior to the song’s official release.  The leak had spread like wildfire onto numerous social-networking sites, angering Exo‘s fans who had been patiently awaiting the song’s official release with Exo‘s repackage album. Exotics everywhere quickly came to the boys’ defense and the video has been taken down after being bombarded with the fans’ demands for its immediate removal.

Sadly, this hadn’t been the first time Exo had their songs leaked.  Exo has also had all the songs and practice videos for their first full-length album ‘XOXO‘ leaked prior to its official release.  “Wolf” had even made its way online months before Exo‘s comeback was even announced.  Exo‘s producer, Ryan S. Jhun, had already addressed the issue by threatening to take legal actions against all those found guilty of illegally downloading the tracks.

As of this point, S.M. Entertainment has yet to release an official statement on the leaked video.