0 1
[ad#GA-648-linkunit-Katy] There are so many great artists in the K-pop world today. But is it enough to be good at singing and dancing? These artists that I have chosen are “multi-players” in this world of K-pop. They are at the top of the charts as well as being able to rock the other scenes they have going on.

Rain’s debut was in 2002. ‘Bad Guy’ was a hit right from the beginning. Not only was the song amazing, the choreography of the dance, the acting in the music video was superb. Since then, Rain just gained more and more popularity through songs like ‘It’s Raining’ and ‘Rainism’. He was suddenly known all over Asia and people started to show interest in the US as well. Through many concerts around the world, Rain is now known as a ‘world star’.

But Rain is not only amazing on stage but also in films and dramas. He starred in “Full House”, a classic Korean drama, which led him to act in Director Park Chan Wook’s film, “I’m a Cyborg but That’s OK”. After the Matrix brothers seeing the film at the Berlin Film Festival, Rain was casted for “Speed Racer”. He then went on to film another movie with them, “Ninja Assassin”, where he acted as the main character.

I chose him as my number 1, as he is proving to be extremely talented soldier too. After joining the army last month, Rain has achieved a lot of attention by getting 19 aims correct out of 20.

As a member of SS501, Kim Hyun Joong had a few hit songs. He gained even more popularity recently, as a solo act with his song, ‘Lucky Guy’. I think it was an opportunity to see the real potential of Kim Hyun Joong as an artist.

Kim Hyun Joong was able to expand into the drama world with “Boys Before Flowers”, which was a huge hit. He worked with the same director in his second drama, “Playful Kiss”. Although this wasn’t as popular as his first drama, his fans appreciated seeing a different side of him.

Kim Hyun Joong had always received a lot of attention for his stunning features in photo shoots and his charm in variety shows. I chose him as the second best multi-player after seeing him on “We Got Married”. Most celebrities care too much about their appearances and the image but Kim Hyun Joong was very natural through out  the programme and most importantly, I thought he was a very good husband. He kept all his promises to Hwang Bo and although he seemed to have quite a cold personality at first, he was so sweet. If Kim Hyun Joong really did get married, I’m sure he will be a great husband. 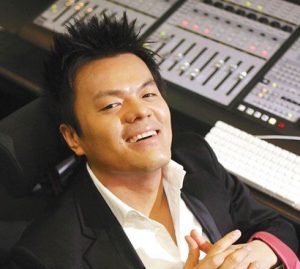 Park Jin Young could be seen as the Korean version of Michael Jackson. He is that great. He created music that wasn’t heard before in Korea, he is considered as one of the most talented dancers, singers, composers of Korea today. He truly is a legend.

JYP is Park Jin Young, the artist but it is also the name of his company. Park Jin Young has made a production company which stands in the top 3 in Korea today along with SM Entertainment and YG Family. JYP produced many artists including Rain, the Wondergirls, 2PM, San.E and Miss A. 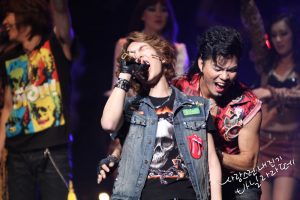 Onew is the leader of SHINee. As most of you know, SHINee has had many hit songs including “Replay”, “Ring Ding Dong”, “Lucifer” and “Hello”. They are one of the top idol groups in Korea and they have recently released their Japanese album and becoming very famous in parts of Asia. Through the SM concert in Paris and the opening gala concert of the London Korean Film Festival “SHINee in London”, they are attracting the media’s attention in Europe as well.

SHINee as a group have had huge success since their debut but why did I choose Onew as one of the top 5 multi-players? That’s because he also acted in a musical, “Rock of Ages”. After only a week of rehearsing, Onew stood on stage and gave the best performance as Drew, the main role in the musical. Along with his busy schedule, he didn’t have the opportunity to take proper acting lessons but the musical sold out and was a huge success. 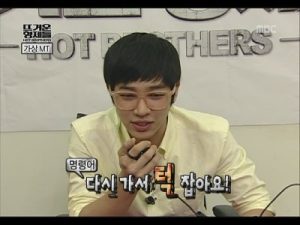 Lee Ki Kwang is a member of B2ST, a group with hit songs like “Bad Girl” and “Fiction”. B2ST is very popular, all around the world. They have performed with other artists from Cube Entertainment around the world. Next month, they are planning to perform in London at O2 Brixton Academy.

In a way, Lee Ki Kwang is more eye-catching than the other members, as a lead dancer of the group B2ST. Also, with his cute looks and charm, had the opportunity to act in sitcoms and dramas like “My Princess”.

Not only that, he was one of the youngest artists to be in so many comedy shows. A lot of idols appear in comedy shows or talk shows as guests but Lee Ki Kwang was a fixed member of “Hot Brothers” and afterwards he gained his position of an MC in “Win Win”.

I believe all of these 5 “multi-players” were able to be in these positions because they showed an outstanding performance as artists first.

What Sort of Girls Do Idol Stars Fall For?