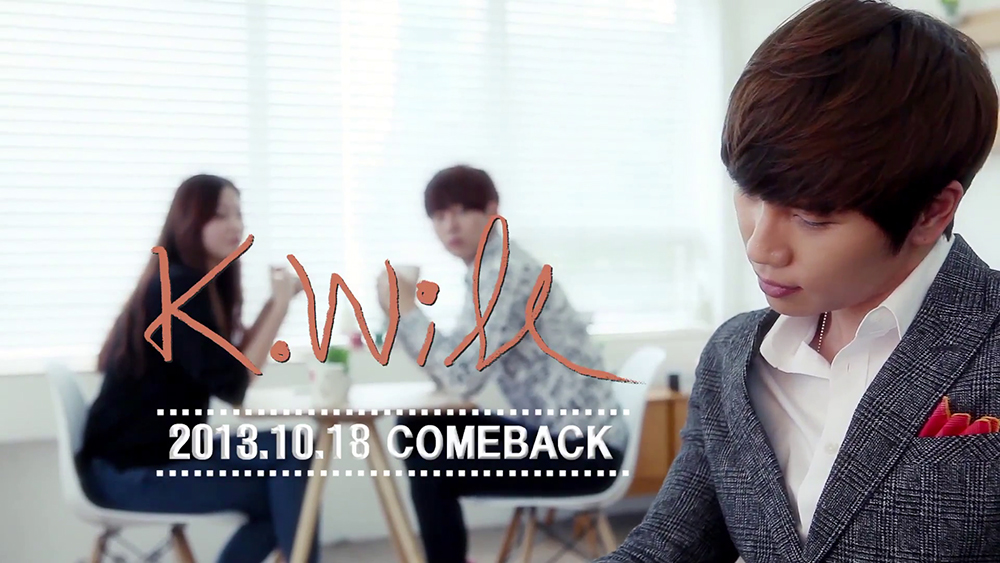 After his last comeback with ‘Love Blossom’ from the 2nd part of his 3rd mini album in the Summer, K.Will is set to make a return for the Fall season, with his 4th mini album! The title track he will be promoting is ‘You Don’t Know Love’. A ‘comeback notice collection’ was released to bring attention to his return. Watch the clip below:

The video first makes a point of how major artists such as IU and SHINee have also made their comeback, which leads to the nervousness of K.Will as he sputters his own name to add to the list. After doing a search on the internet, K.Will sees several articles on the artists, leaving him discouraged. However, he asks the viewers for their help and is later able to confidently confront those who were conversing about the comebacks of other artists, notifying them that he would also be making a comeback soon.

The teaser leaves no clue regarding the concept or feel of his return, leaving the fans to wonder with mystery. If anything, however, the good-humoured video may indicate that his comeback will be equally cheerful and uplifting. Regardless of what it turns out to be, the comeback date is set for 18th October!

Are you excited for K.Will’s comeback?

2NE1's Sandara Get a Kiss From Justin Beiber