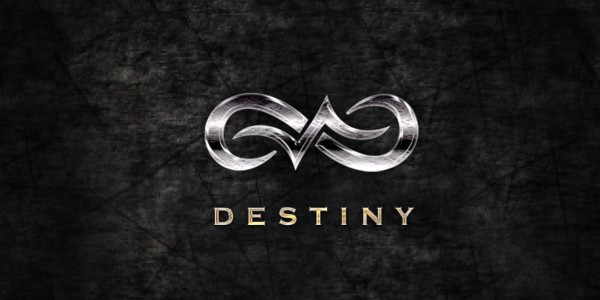 Get ready for their summer comeback!

On July 1st, Woolim Entertainment updated Infinite‘s official website with the group’s new logo.  The sharp silver logo has a metallic-sheen and is set against a grudge background, giving a clean and mysterious vibe.  Under the logo is the word “Destiny“, alluding to the title of Infinite‘s upcoming track and/or album.

Infinite had made headlines for being the first Korean artists to be invited to film at Universal Studios Hollywood in Los Angeles, CA and other locations around the U.S.  for their summer comeback. About 1 billion won is estimated to have been spent to produce the boys’ block-buster comeback.   Although no official comeback date has been announced, rumors have been circling online that the boys will return on July 18th.

In other news, Infinite announced their first world tour earlier this month.  The tour, titled One Great Step, will kick off in Seoul and will continue on overseas to Malaysia, China, Japan, France, the U.S., England, France, and many more locations.  Click here to see the full list of stops!