Following the announcement of their upcoming album comeback, INFINITE is increasing anticipation among fans, even as they reveal the album’s tracklist and title song video teaser.

Earlier today, Woolim Entertainment revealed the tracklist for the upcoming album Season 2, which will feature 13 songs. As seen from the list, members Sunggyu and Woohyun would be having their own solo tracks, namely ‘Light’ and ‘Close Your Eyes’, while sub-unit INFINITE H will feature in the song, ‘Alone’. 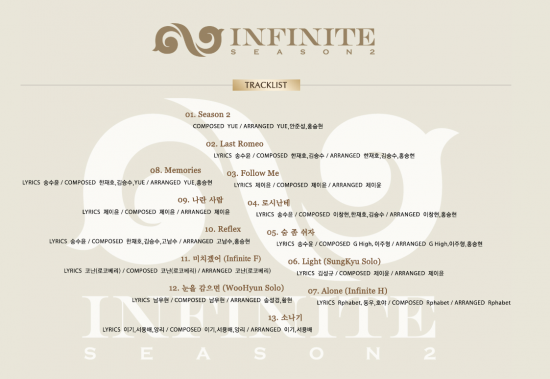 The full music video and album is currently slated for release on May 21.

INSPIRITs, are you ready?