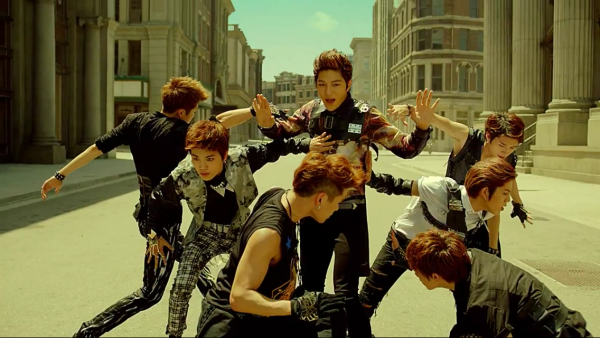 Infinite‘s back with their best (and most expensive) music video yet!

On July 16, Infinite‘s music video for their comeback track “Destiny” was released!  Woolim Entertainment pulled all the stops on this video as they reportedly spent over 1 Billion Won in it’s entire production.  Infinite filmed the music video in Los Angeles, the first Korean artists to film in the famed Universal Studios‘ Back Lot.  Not only did the group  film in the same location set as blockbuster Hollywood movies Transformers and Amazing Spiderman, but Infinite also collaborated with Hollywood’s best cinematographers and top notch movie facilities.  The music video is labeled “Ver. B“, leading to fans to believe that Infinite has another amazing video up their sleeves.

“Destiny” will be one of four songs featured on Infinite‘s latest mini-album, also titled Destiny.  With the music video’s clean cut scenes and dynamic choreography complimenting the electro-pop vibe of the song, Inspirits everywhere are certainly not to be disappointed.