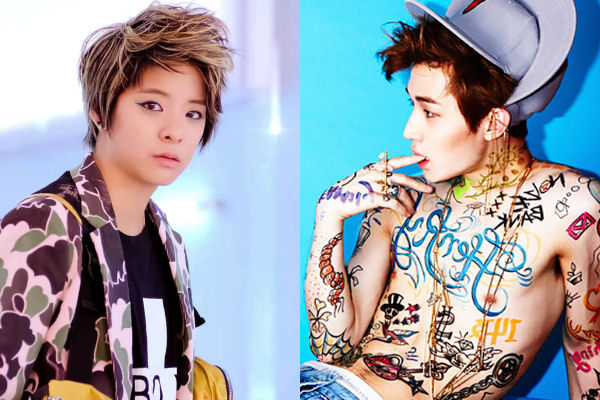 f(x)’s Amber and Super Junior’s Henry recently created competition between each other through their Twitter accounts. But why were they competing?

It all started when Amber expressed her craving for tacos:

With no reply from Amber, Henry tweets again hours later: 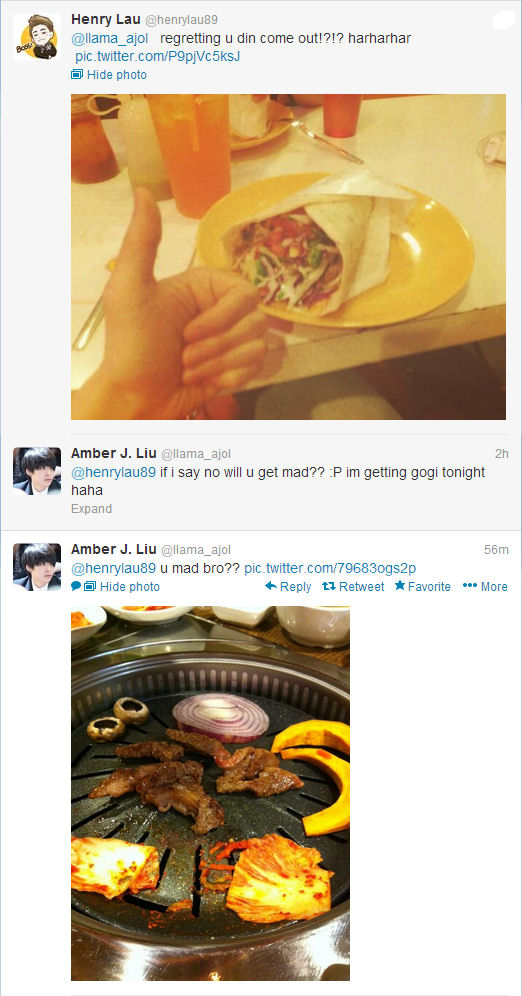 Henry’s tweet included a photo of his food, along with a question asking Amber if she regretted not coming out. Amber, however, shrugs it off simply, saying she is going to eat ‘Gogi’ later, or in English, meat. She then later also tweets a photo of her food in reply, showing off meat on a grill along with other foods including mushrooms and some kimchi.

Did their little competition make your mouthwater? Whose meal did you prefer?