Singer G.NA reveals a sneak peak of her younger sister. On April 18, G.NA posted a photo on her twitter with the short caption, “Took a photo with my sister without her knowing it~^^ I can’t open my eyes…”

In the photo, G.NA looks very cute wearing a cap and making a V sign. Right next to her is G.NA’s little sister. She was only partially captured in the photo, but she seems as pretty as G.NA.

Netizens who saw this photo reacted, “G.NA has a very small head, the cap is too big on her,” “It’s an ordinary photo yet, she’s so sexy~,” and “Both G.NA and her sister are so pretty.” 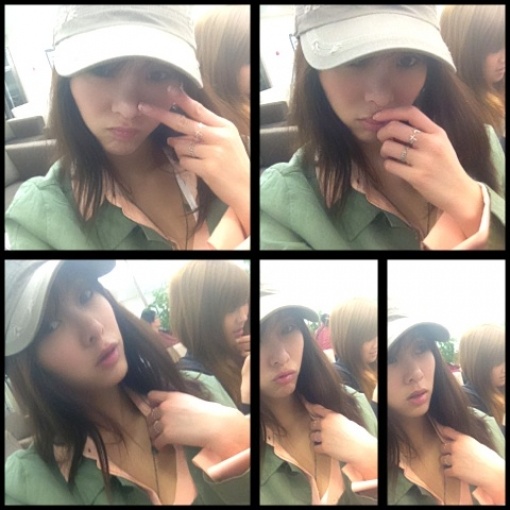 Yoo Ara and Yunjo Were Originally Selected for After School