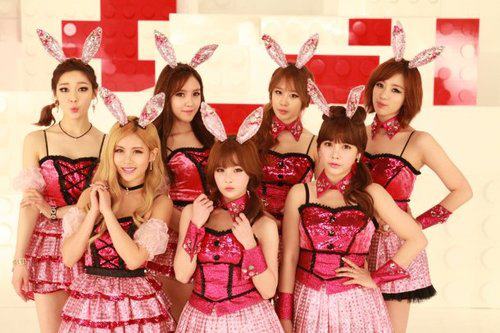 T-ara will return in April-May as a sub-unit made up of four of its seven members; Eunjung, Jiyeon, Hyomin and Areum. The name of the group has not yet been released.

Core Contents Media said on March 27, “We are sorting out the details for a sub-unit for Eunjung, Jiyeon, Hyomin and Areum right now.”

Double Sidekick will be working with T-ara for the next single, this being the first time that the girls have worked with them.

CCM commented about the new sub-unit, “We want to familiarize the public with them individually.” The sub-unit will be separated from their T-ara group image.

The aim for the group is to release a dance that is widely popular and easy to follow, similar to the success of Village People’s “YMCA” of the late 1990’s.

The remaining members of T-ara, Qri, Boram and Soyeon, will be concentrating on their individual activities. T-ara are then planning to come back together in the summer for their Japanese Arena Tour.