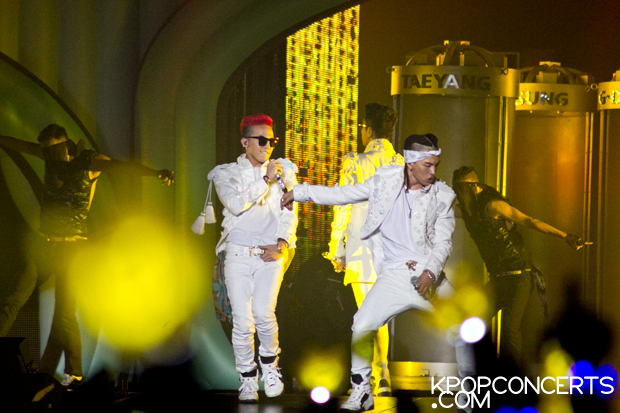 Two of YG Entertainment’s strongest artists will be performing together on Seoul dates of G-Dragon’s first world tour.

G-Dragon and Lee Hi are reported to be working together on GD’s 2013 1st World Tour: G-Dragon [One of a Kind], according to YG Entertainment.

The plan for the pair is to perform ‘Finally’ together. “Lee Hi and G-Dragon will be performing together at the Seoul concerts, but it’s uncertain if she will be appearing on the stage anywhere else,” according to a YG Entertainment spokesperson.

GD’s first solo album will include the track ‘Finally’ as well as a featured artist who is still unknown as she will be on an upcoming YG Entertainment girl group.

G-Dragon will kick off his first solo tour in Seoul on March 30 and 31. So far Japan, Hong Kong, Thailand and Indonesia with more dates to be added.

Eunjung, Jiyeon, Hyomin and Areum Will Form a T-ara Sub-unit