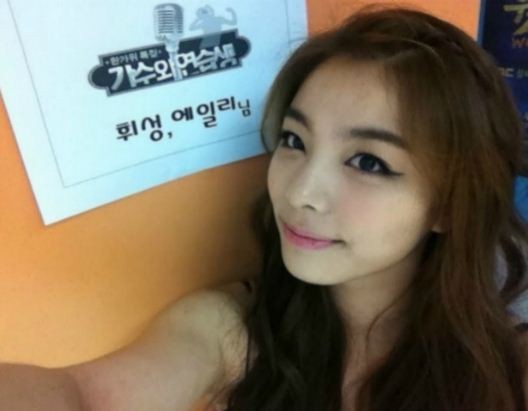 Only one month after Ailee’s debut and she is already scooping up awards.

Ailee won herself two titles at the Cyworld Digital Music Awards. The awards are based on artists that gain the highest sales in a month.

After Ailee’s official debut on February 9th with “Heaven” which was written and produced by Wheesung, she has managed to claim two titles in less than a month – “Song of the Month” and “Rookie of the Month“.

Ailee’s win for “Song of the Month” has drawn surprise because she was up against countless establish artists, such as Jay Park, Se7en, F.T. Island, and countless girl groups.

On her wins, Ailee said, “I feel so honored to win these cool awards that I never even thought about winning, and I am so thankful to my fans. These are my first awards since my debut, and I am so happy that I won not just one, but two awards.”