2NE1 leader CL has finally made her long awaited debut as a soloist!
Last year, 2NE1 had started their first world tour and had plans to release a new album. The album was postponed due to their busy schedule and they only released “I Love You”.
During this time, we also heard a lot about CL wanting to go solo. This way, she can show off all sides of her personality and what she is capable of. She wanted Blackjacks to see that she can do much more than what she was showing in 2NE1 songs.
Earlier this year, YG received a song and immediately decided that CL was the perfect fit for it. Although 2NE1 were planned to originally make a comeback, YG said it would be best for CL to make her debut first.
Her debut song title is 나쁜 기집애. The original English title to this was “Bad Girl”, but due to CL’s preference, they changed it to “The Baddest Female”.

The song is a strange mix of hip-hop and dubstep, something which is fresh in the Korean music industry but I think CL pulled it off really well. CL has gained a reputation of herself as being the ‘baddest female’ in Seoul, so this song represents her perfectly. She has kept to her bad girl image, and if anything, she has expanded on it.  “나-나쁜 기집애” (na-nappeun kizibe) is the most repeated line in the song, and it’s said in a very monotone way, meaning this will stick in your head.

Since the 2NE1 debut, CL has been described as ‘The Female G-Dragon’. This might be because her rapping and singing style is very similar to G-Dragon’s, along with her crazy fashion sense and confidence. Some people are even saying that this song and video gives off the same vibe as One Of A Kind.

The video has a lot to say about CL, we’re seeing many different sides of her, including:
Cute

Each time she seems so natural with it.

As great as this video is, there are also some aspects which remind me a lot of some mainstream artists.

For a start the choreography is similar to Lady GaGa – Bad Romance, with the similar hand movements. 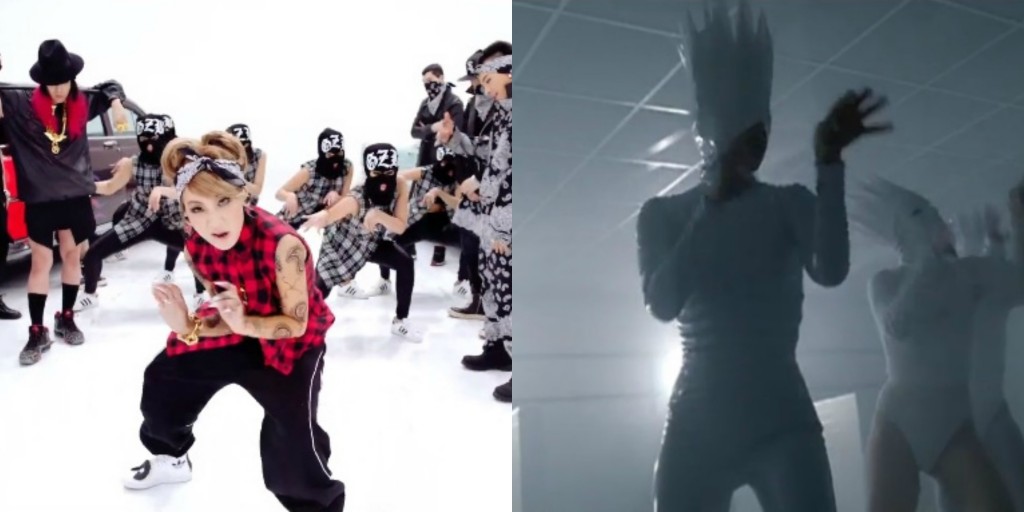 Although Cheryl was going for a military look, I still noticed that the hats are quite similar in style.

Apart from these (probably coincidental) similarities, CL seems to have released something completely fresh, and raised the bar for hip-hop artists in Seoul.

Netizens, on the other hand, seem to be having a negative reaction to this song and video. Some saying she’s “copying G-Dragon” or “copying SNSD”. Others saying “she hasn’t shown off her skill”.

I agree with the second comment. CL is an amazing singer rapper and performer, I think she could’ve done so much more with the song in regards to showing her talent off. We’ve all heard her vocal range in songs like “Lonely” “I Love You” and “It Hurts”, so we know she is capable.

Since the release, CL has managed to get to no.25 in the hip-hop/rap genre in the iTunes charts! If you like the song, buy it and support her!
She has also hit #1 in the Melon and Mnet charts!

BEAST Reveals Snippet For 'Will You Be Alright?'