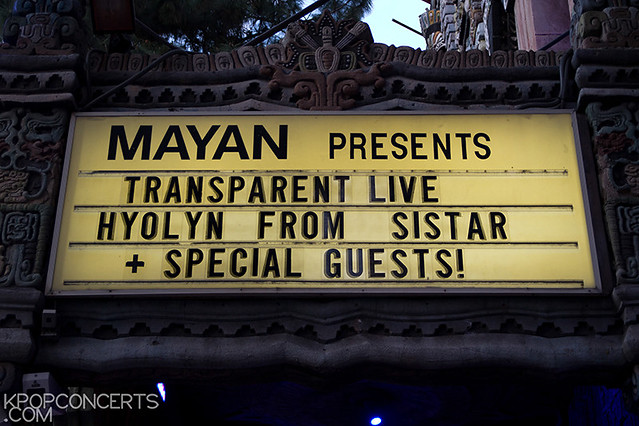 On March 19, Korea’s songbird Hyolyn wrapped up her first ever two-city U.S. tour with a sold-out show in Los Angeles at the Mayan Theater.

Making her debut in 2010 with SISTAR, Hyolyn instantly made headlines in South Korea with her powerhouse vocals. After several hit collaborations and features, Hyolyn finally made her solo debut in late 2013 with her combo title tracks “Lonely” and “One Way Love” off of her Love & Hate solo album. Since then, she has continued to pursue collaborations with other notable rappers in the industry and even debuted as a skilled rapper on Unpretty Rapstar where she fought her way to the top three. Regardless, Hyolyn has pursued her personal endeavors head on and has continued to make huge strides in the music industry. 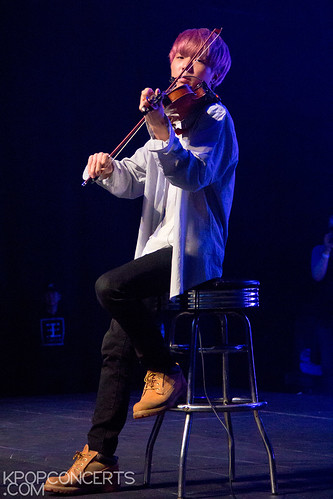 Opening the night was up-and-coming singer Lijah Lu and prominent Youtuber and violinist Jun Curry Ahn. Lijah Lu is a singer-songwriter based in Los Angeles. His set brought soulful melodies, buttery vocals, and catchy Pop/R&B beats that had the crowd swaying along. Jun Curry Ahn rose to Youtube stardom with his good looks and hypnotizing K-Pop violin covers. The violinist’s rendition of G-Dragon’s “That XX”, Big Bang’s “Loser”, “BTS’ “Spring Day,” and even memorable soundtracks from Moon Embracing The Sun and Goblin definitely got the crowd going as avid K-Pop/K-Drama fans sang along to the songs. 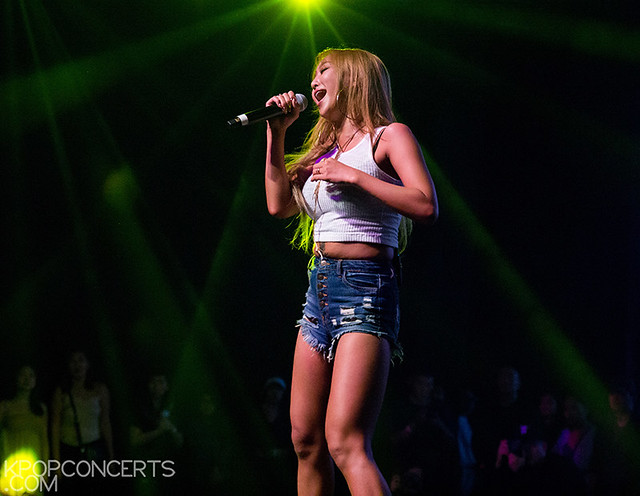 Finally, Hyolyn took to the stage! She warmly welcomed the fans in English and kicked off her set with her 2016 single, “Paradise,” a fast-paced R&B track from her latest mini-album, It’s Me. The opening number definitely set the mood for the night. This being her first solo showcase in LA, she made sure to showcase not only her powerful vocals but her crazy dancing skills as well. She quickly followed up with EDM remixes of “One Way Love” and “Ma Boy” from everyone’s favorite sub-unit, SISTAR19. Armed with two backup dancers from Korea’s PURPLOW dance crew, Hyolyn exuded pure confidence and sexiness as she performed wrapped up the night’s first act with “Massage” and “Dope.” 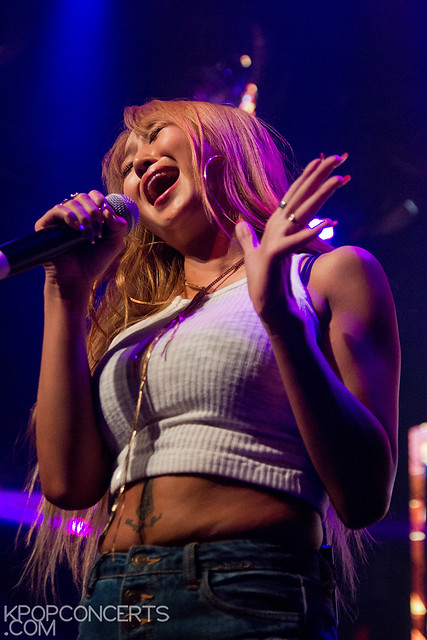 After a quick break, Hyolyn slowed things down with “Love Like This” a laid-back R&B track that showcased her smooth and soothing vocals. She set her dancing skills to the side and turned her attention to mingling with the crowd; bending down and serenading those in the front row, fans got to experience Hyolyn’s fanservice firsthand. Afterwards, the Purplow girls joined her back on stage to perform a remix of SISTAR’s “I Swear,” complete with a sick drop and intricate dance break.  Hyolyn wrapped up the second act with a back-to-back high energy performance of SISTAR hits summer tracks — “Touch My Body” and “Shake It” — that had the whole crowd singing along!

The show was drawing to a close and Hyolyn made sure to take time to talk with her fans and express her undying gratitude for all the support she has received thus far. She gifted her L.A. fans with a treat by closing the night with a high-energy rendition of Jessie J, Ariana Grande, and Nicki Minaj’s iconic song, “Bang Bang.” Hyolyn once again proved her undeniable talent by turning LA into “Paradise” at her first U.S showcase.

Special thanks to Transparent Agency for allowing us to cover the event! Check out our full photo gallery, below: 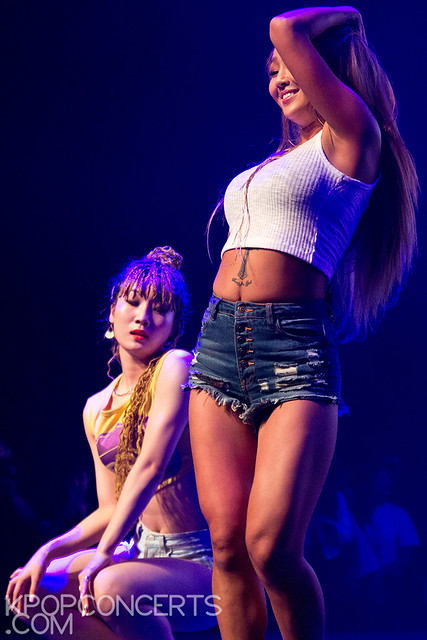