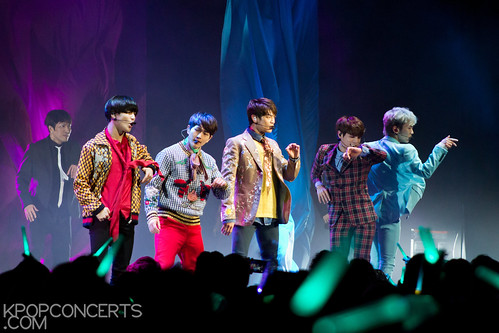 After literally YEARS of waiting (and teasing us with fanmeets in Chicago and Dallas last year) Shawols were finally treated with a long belated SHINee World V USA Tour! Presented by SubKulture Entertainment, the two-city tour wrapped up on March 26 at the Shrine Auditorium in Los Angeles, CA. Shawols from all over flocked to the venue in droves, some adorned head-to-toe in pearl aqua, the group’s official fanclub colors. 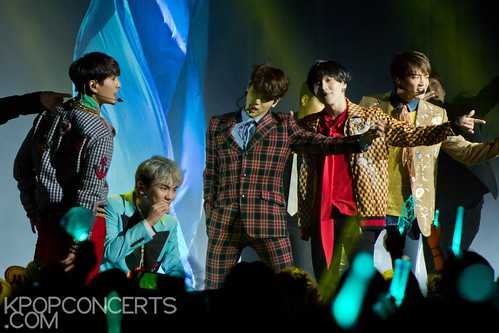 The setlist sported a nice balance of SHINee’s chart-topping new tracks and their classic hit songs. The night opened up with “Hitchhiking” followed by remixes of “Why So Serious?” and “Juliette.” Fans sang along to “Replay,” the debut track that captured the hearts of many noona fans around the world, and were up on their feet dancing to the addictive EDM track, “Everybody” that turned the Shrine Auditorium into a mini rave. “Ring Ding Dong,” by far one of SHINee’s catchiest songs that can even have non-K-Pop friends hooked, had everyone up on their feet and swaying their hips to the beat.  The boys then immediately transitioned into “Lucifer,” the favorite K-Pop dance for countless of flashmobs and cover dances back in the early 2010s. 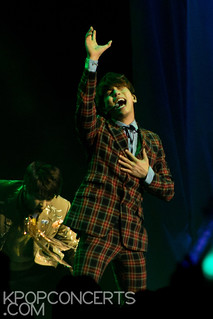 Taemin wowed the crowd with his “Sayonara Hitori (Goodbye)” solo stage. Complete with an eerie smokescreen effect to match the song’s haunting melody, he lived up to the title of SHINee’s main dancer. He showcased his versatility, fluidity, and expertise by fusing delicate contemporary dance moves during the theatrical/ballad verses with hard popping choreography during the dubstep breakdown. Jonghyun and Onew, SHINee’s lead and main vocalists, also held an emotional collaboration stage where they performed “Please Don’t Go.” The powerful ballad perfectly showcased their extensive vocal range, perfect pitch, and vocal control.

While Key and Minho went offstage for a quick costume change, Taemin, Onew, and Jonghyun kept the crowd entertained. Taemin cutely tried to speak English. He timidly stated that he wanted to try something that Key had done in the past that he thought was really cool. Although he was too embarrassed to face the crowd, Taemin turned his back and yelled into the microphone, “Are we all having fun tonight?!” The crowd erupted in squeals due to his cuteness while Jonghyun teasingly mocked him, feigning amazement in Taemin’s “extensive” English vocabulary. 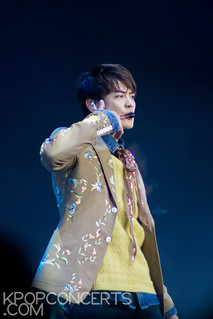 Once Key and Minho returned to the stage, they engaged the crowd in whimsical conversations while the other three went backstage to change into their next stage outfits. Minho expressed his passion for basketball, proudly proclaiming that he watched the NBA live and attended the LA Clippers game the night before. Key teased him by revealing that he actually spent $300 on a Clippers basketball jersey. Minho continued, “Actually I’m a Lakers fan because my favorite basketball player is Kobe Bryant…Clippers is *hesitates* good.”

Key, the resident English speaker in the group, took this as a cue to change topics, “So I don’t know anything about basketball so what did you eat today?” causing the crowd to erupt in a fit of giggles. The day before the show, Key was at Santa Monica Beach, a popular tourist destination in Los Angeles, to relax and unwind under the SoCal sun.

The conversation then immediately jumped into a discussion of La La Land, the hottest musical film out right now! The crowd demanded Key to sing a line from the movie. Unfortunately, he had a difficult time recalling the lyrics. He muttered out nonsense until Minho asked, “Are you okay? Seriously, are you okay?” Once the other members returned to the stage, Minho being his super extra self, went on a dabbing spree that infected the other members and somehow morphed into who could make the best Power Rangers pose. Through all the randomness and giggle fits, SHINee showed that they were completely comfortable engaging with their English-speaking crowd and were more than willing to use their limited vocabulary to hold decent conversations. 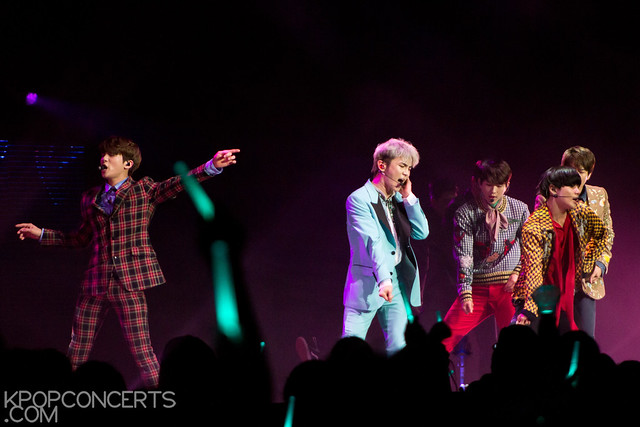 Shawols organized several fan projects throughout the night to express their undying loyalty to the boy group. During “1 of 1,” those on the floor level were given blank red and yellow construction paper to hold up and spell out “1 of 1” while those in the balcony were given green hand banners that read “Forever my 1 of 1.” The members acknowledged the fans’ hard work and even asked them to hold up the banners again for the group photo. Right at the end of the show, fans gave one last hurrah and held up a banners wishing Jonghyun a happy early birthday. Finally, the night closed with a beautiful performance of “An Encore.”
Overall, I did not expect anything less from one of the most iconic groups in K-Pop. The long wait for their USA solo tour was well worth it! Each of the members’ charms and talents shined and took center stage throughout the concert. Until the next concert, LA Shawols can rest easy knowing that the concert has fulfilled their expectations.

Check out our full photo gallery in embedded below: 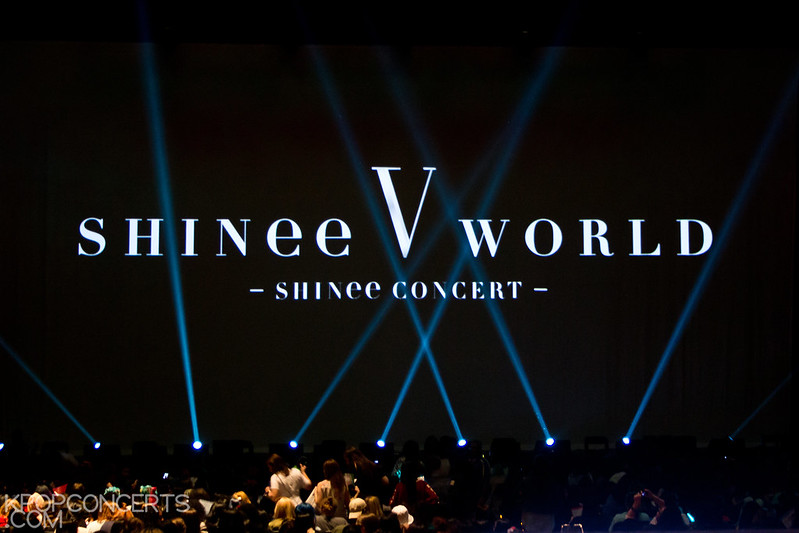