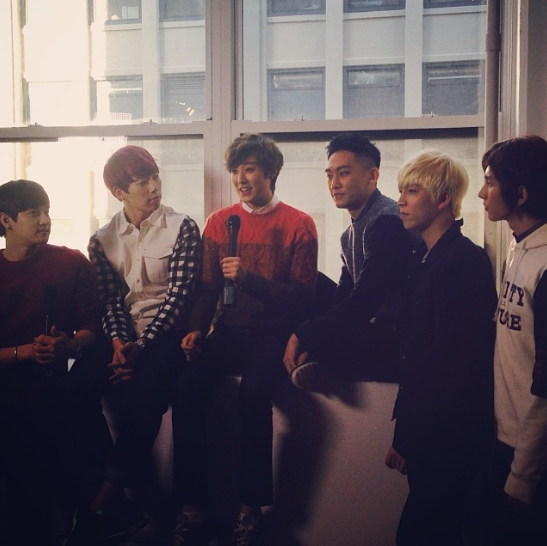 All six members of U-Kiss (Soohyun, Kiseop, Eli, AJ, Hoon and Kevin) arrived in New York this week for their first ever concert in the U.S.

The boys landed in New York on January 9 and quickly uploaded a photo with the caption, “We are in New York! We safely landed in US We will do our best for our concert tomorrow! Please wish us good luck And, those who will be coming tomorrow let’s have some fun!”.

The photo that was uploaded onto Twitter showed the boys in high spirits as they geared up for the first of three concerts in the U.S. U-Kiss are scheduled to play three dates:

GOT7 Release Their First Video Teaser

SM Entertainment on the Hunt For Their Next Kpop Star