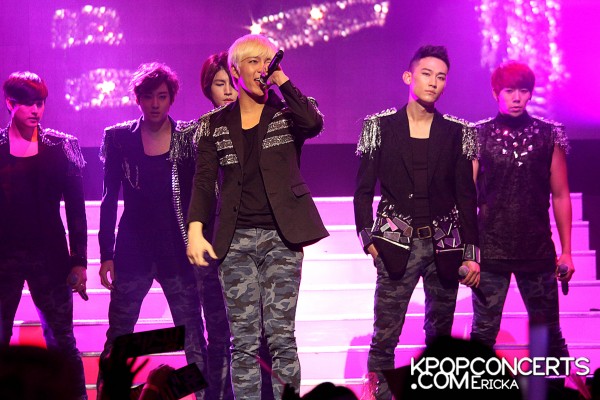 2013 has been an eventful year for US K-Pop fans, many were able to come face-to-face with idol groups such as Infinite, 2AM and TVXQ. To kick off 2014 with a bang, Mnet America brought K-Pop idol group U-KISS to the States for a three-city tour that would be documented on their tv-series Headliners. After blowing fans away in New York and San Francisco, U-KISS unleashed massive amounts of fan service on unsuspecting (but oh-so-grateful) KISSMEs in their last show in Los Angeles.

The concert took place on January 14 at the cozy Club Nokia.  Even though it was held on a Tuesday night (school night for most attendees) hundreds of KISSMEs showed up to show their support for the group’s first US tour – and boy was it worth it! 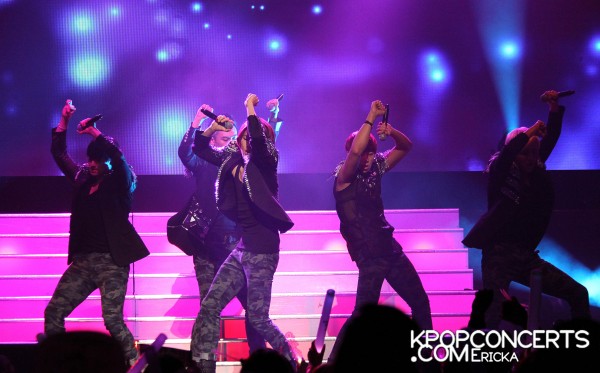 The lights dimmed and the suave beat of “Stop Girl” began – U-KISS has finally appeared!  Fans were up on their feet, waving their light sticks vigorously and screaming at every sexy body roll. The group followed up the R&B track with their latest song, “She’s Mine,”  “Binguel Binguel,” and the ever-addictive “Dora Dora.”  When the boys weren’t making fangirls’ hearts’ flutter with their fast pace songs and synchronized dance moves, they mellowed it down with “0330” and “Someday,” showcasing that their smooth vocals.  Along with their Korean songs, U-KISS also performed “Tick Tack” and “Forbidden Love” from their Japanese albums.

Let’s not forget the special stages!  First to take the stage was U-KISS sub group U-BEAT (consisting of Eli, AJ, and Kevin) as they performed their debut single, “Should’ve Treated You Better.”  Next, Hoon and U-KISS’ leader Soohyun’s powerful vocals left fans speechless as they delivered an emotional performance of “More Painful Than Pain.” Finally, Kiseop and AJ wrapped up the special stages with “Obsession” and made many of the front-row KISSMEs’ day when the duo jumped off stage and sang to them. 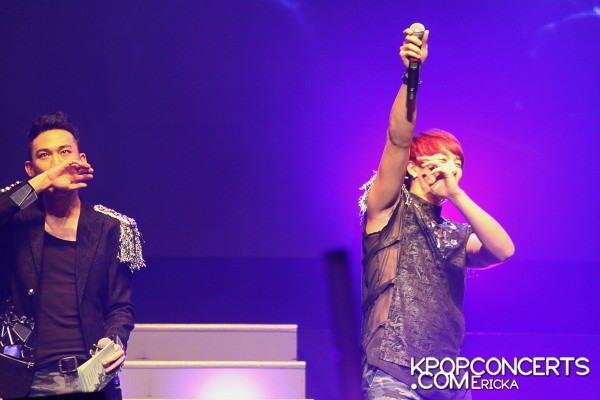 The boys were nothing but “adorkable” during the Q&A segment. One fan had asked Eli to twerk. Although unwilling, he complied with the request, earning screams from the crowd and laughing fits from the members.  Eli was also picked as the member with the best lips and blew a kiss out to the audience.  Turned out that the fan who asked the question was in the front row! When Eli was about to send her a kiss he pulled back and sassily proclaimed, “Too bad you’re an AJ fan,” and gestured to her AJ fansign.  Promptly after the roar of “oh’s” ceased, AJ walked over to the girl and, being the suave man he is, said “How you doin’ baby?”

Before they continued with the rest of the show the members had a pleasant surprise for Kiseop. Although his birthday wasn’t for another three days, Kiseop was treated to an early birthday celebration complete with cake and all! After his members and the fans serenaded him with the “Happy Birthday” song, Kiseop took a bite of his bear-shaped cake that caked his face in frosting.  In a flash, Hoon lunged at him and “kissed” off the whip cream left on his face, resulting in a roar of squeals from the fans, a shocked and embarrassed Kiseop, and equally embarrassed members.

The biggest highlight of the night was when author and certified “U-KISS Mom” Chantel Lysette was brought onstage.  Chantel discovered U-KISS in 2010 around the time she was convalescing from a stroke.  Ever since then, she has been a dedicated KISSME.  When asked who was her favorite she coolly stated, “A mother can’t pick a favorite son.” On her Facebook page she once again expressed her admiration for the boys, “If I could have had sons in this lifetime, I would have chosen U-Kiss, for they are sons any woman my age would proudly boast about.” Check out the touching moment below:

Sadly, the night full of squeals and tears must come to an end.  U-KISS expressed their genuine love for their fans and promised to make them proud with their upcoming projects.  They even hinted that they will be debuting a new ballad subgroup sometime this year!  The boys squeezed out every last fan-service juice in them as they sang “Without You” and then had the crowd up, fist-pumping, and screaming “HA!” to an energetic performance of “Man Man Ha Ni.”

2NE1 Release "All or Nothing" Concert Teaser for Seoul