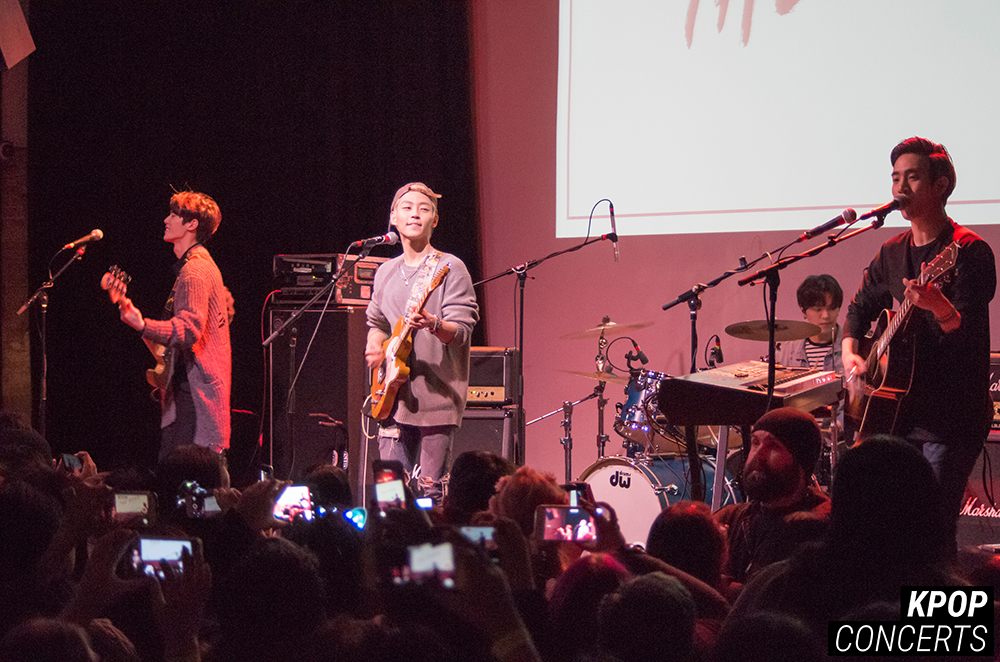 This past weekend, Chicago’s Northwestern University hosted the 29th annual Korean American Students Conference, or KASCON29. The convention itself spanned three days and served to connect college-aged students with successful Korean American leaders from a wide variety of fields via panels, seminars and Q&A sessions, though the highlight for many, seemed to be Saturday night’s festivities. Bringing the convention to an exciting climax, KASCON was proud to present J&Star Company’s newest band and one of Billboard’s Top 5 breakout artists of 2018, The Rose. 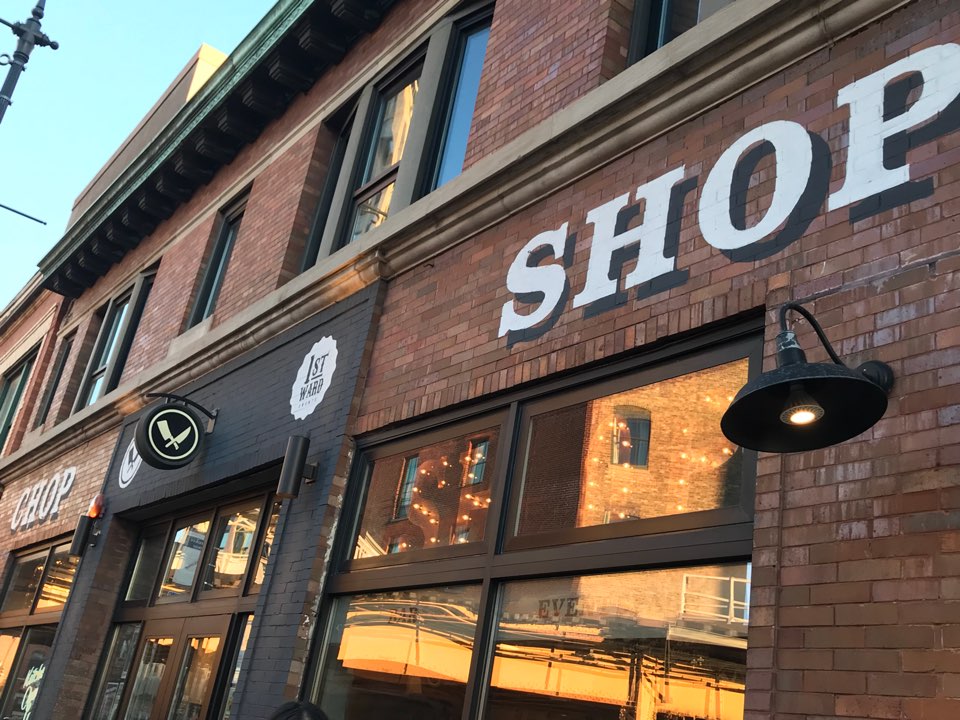 Taking place at The Chop Shop & 1st Ward, the intimate, 300 person venue, was the perfect setting for The Rose’s very first U.S. performance. With fans from all over the U.S. crowded around the venue’s small stage, The Rose was warmly welcomed as they stepped into the spotlight Saturday night. 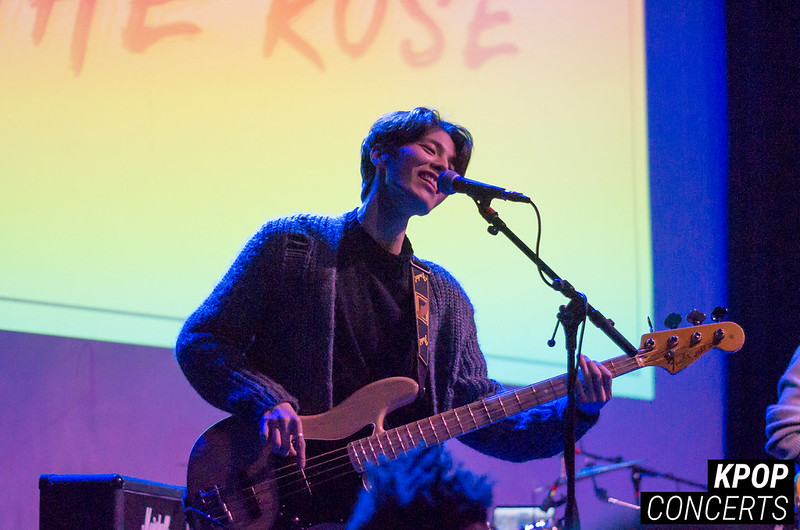 All smiles and sunshine, The Rose happily returned their fans’ welcome with a warm greeting of their own, as they prepared to jump into their 90-minute set. Though the band itself only has two official songs to their name, the evening’s performance was by no means lacking. 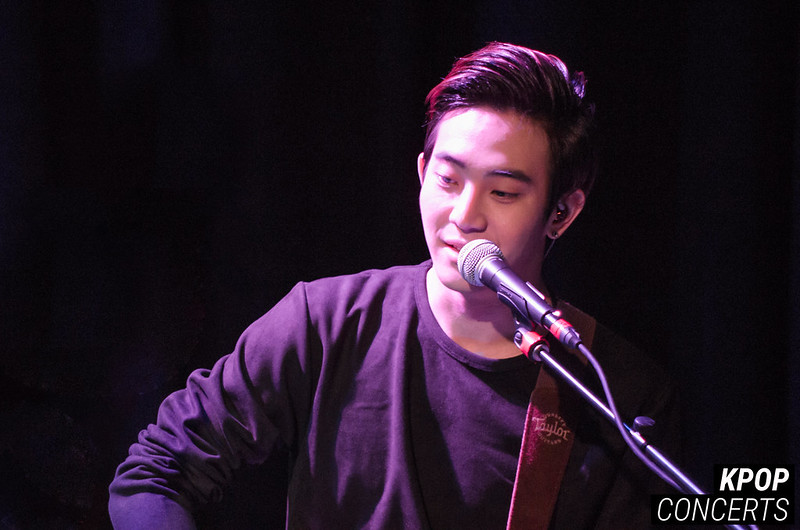 Filling the night with music, The Rose covered everything from BigBang’s “Last Dance” to Ed Sheeran’s “Thinking Out Loud,” Coldplay’s “Yellow” to “Runaway Baby” by Bruno Mars. Of course the band made sure to include some of their earlier work, most notably “Photographer” and “Beautiful Girl” as well as a sampling of some of their yet-to-be-released tracks, including fan-favorite, “OMG.” Of course the band’s performances of “Like We Used To” and “Sorry” were the true highlight of the evening as in one voice, fans chanted and sang along. 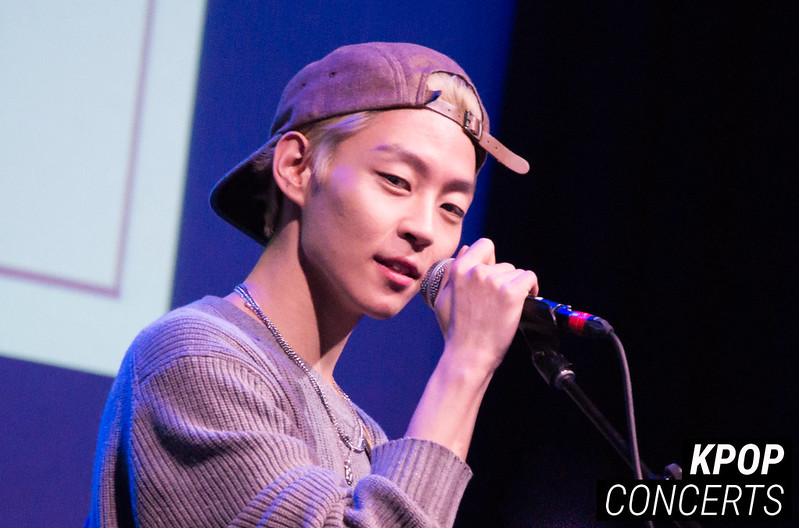 Taking advantage of such an intimate setting, The Rose was eager to interact with their fans between songs, answering questions and granting wishes, much to the audience’s delight. Bowing to the wishes of the crowd, each member of the band showcased, sometimes hesitantly,  some of their individual talents which encompassed everything from singing and rapping to their most excellent aegyo skills. The band’s lead vocalist, Woosung, or Sammy, even broke out into an impromptu robot dance which provoked a roar of approval from the crowd. 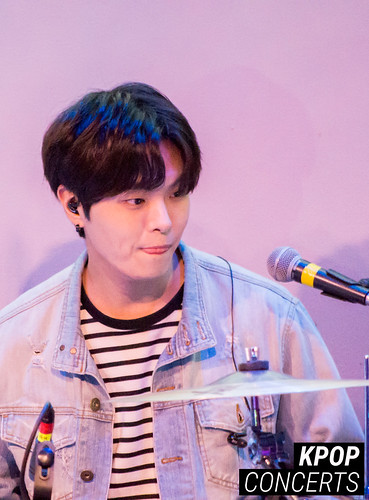 As is always the case at concerts, the night drew to a close much sooner than anyone wished. Though fans were disappointed their time with The Rose was coming to an end, the band was quick to remind everyone that this was by no means the last time they’d be together. With a full U.S. tour looming on the horizon, the band promised they’d be back in Chicago soon, much to the fans delight.

Wrapping up the evening with an encore performance of “California,” The Rose said their last goodbyes. With smiles and waves, the band walked off-stage, leaving fans with warm hearts, fond memories and bright hopes for the future. In short, it was an evening none in attendance will ever forget. 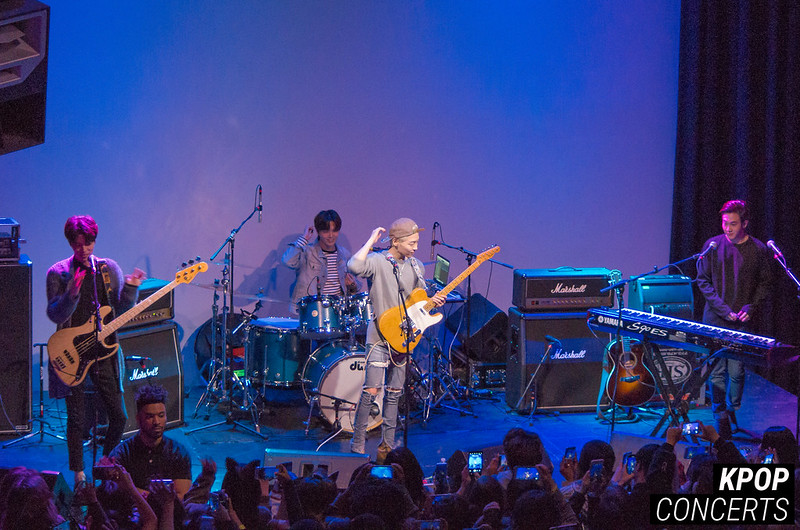