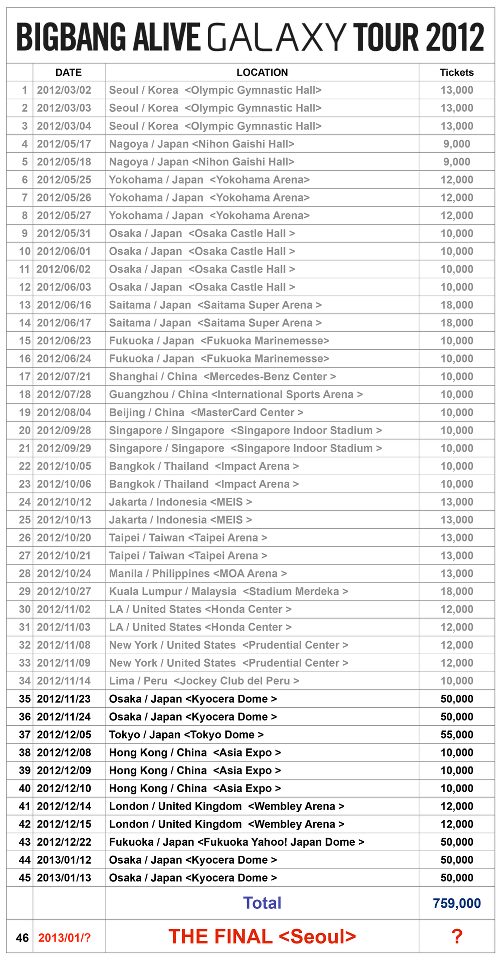 YG Entertainment’s official blog released an image showing the different locations that Big Bang have played on their Alive tour including the number of seats they have sold in each location.

Big Bang are set to play in London next month for the first time at Wembley Arena. The boys will have sold all 12,000 tickets in Wembley Arena on both nights on their concert. The total number of Big Bang fans buying tickets in London will have reached 24,000 fans.

The number of seats sold in the UK match other locations where you would consider k-pop to be more widespread including L.A, New York and Yokohama in Japan.

In total for Big Bang’s world tour, 759,000 fans are due to have purchased tickets for their concert, not including their final show in Seoul.

Are you seeing Big Bang in London?