The Hallyu Wave (“Korean Wave“) is stronger than ever as over 20,000 K-Pop fans flocked to the Los Angeles Memorial Sports Arena last weekend to indulge in everything Hallyu at the largest K-Pop convention in North America –  KCON.  With a larger venue, more artists, and more activities, it’s safe to say KCON organizers definitely stepped their game up.  This year’s star-studded line up consisted of 2AM, Dynamic Duo, Exo, F(x), G-Dragon, Teen Top, Yu Seung Woo, and Crayon Pop with special performances by DJ Koo and American rapper Missy Elliot.

Hosted by CJ E&M and presented by Mnet America,  the two-day KCON brought over 100 special guests, each with his/her own set of panels. Some of the notable guests include, Bekah (former After School member), Henry (Super Junior-M), Joe Han (Linkin Park), Will Yun Lee (The Wolverine), Danny Im (Mnet America’s Danny from LA), Hee Jun Han (American Idol) and many more. 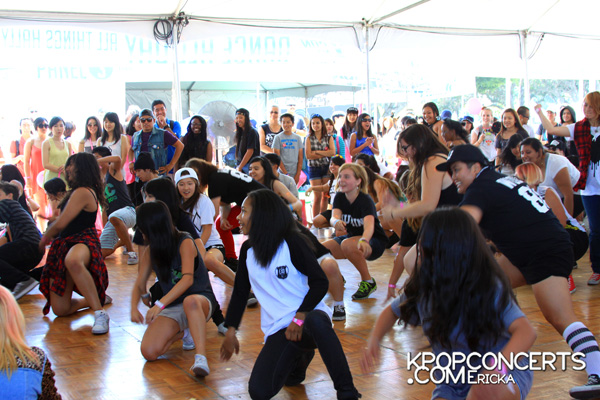 Attendees were kept busy throughout the two day event with numerous panels, workshops, and events.  At the ‘Dance All Day‘ tent, fans were treated to an hour of free K-Pop dance lessons.  Fans excitedly walked away having learned the moves from Exo’s “Growl”, Henry’s “Trap”, F(x)’s “Rum Pum Pum”, and the like. 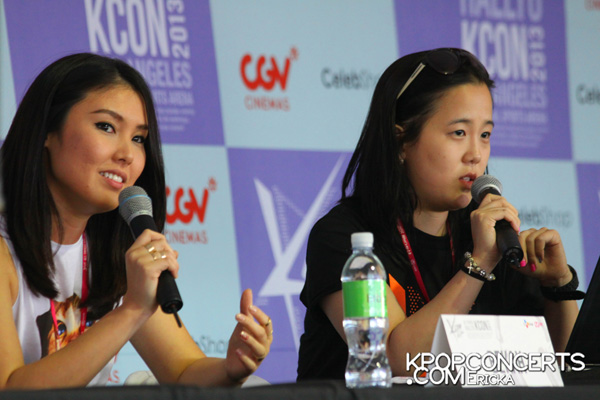 Fans who attended the ‘Day in the Life of a K-Pop Star‘ panel were able to interact with former After School member Bekah in a question and answer session regarding her experience in the K-Pop industry (read full article here).  Another big turn out was ‘Behind the Scenes of a K-Movie: “Final Recipe“‘ where Super Junior-M’s Henry talked about his upcoming Hollywood film (read full article here). 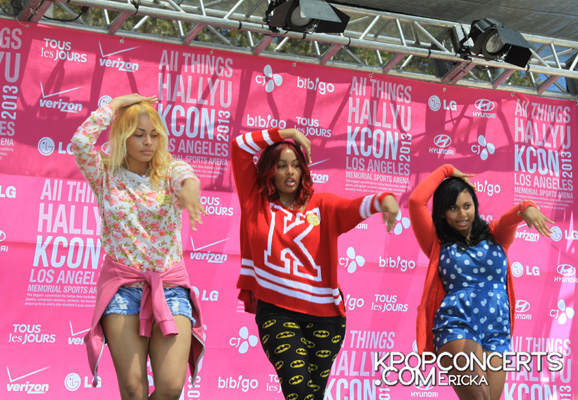 The outdoor stage was always the center of attention as numerous events and performances were held. AXDance hosted the ‘KCON’s Got Talent’ event where attendees took to the stage and showed off their singing and dancing skills. ‘K-Pop Masquerade‘ brought dozens to the stage as contestants showcased their K-Pop cosplays.  The outdoor stage was also the site for live performances by special guests such as Nylon Pink, Chad Future, After Romeo, and Jun Sung Ahn. 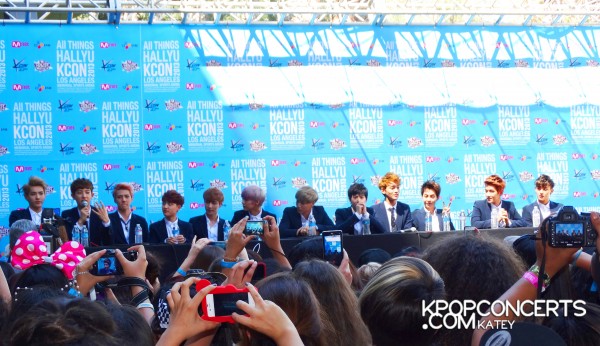 KCON helped bridge the gap between international fans and K-Pop idols by giving attendees the opportunity to meet artists through fan engagements!  Unlike last year, fans were given four types of artist engagement opportunities: hi-touch, artist signing, artist session audience and/or red carpet access.  Depending on the type of voucher they received, attendees were given the once of a lifetime chance to high five their favorite artists or to have their official merchandised autographed by them.

4minute to Play a Solo Concert in Australia