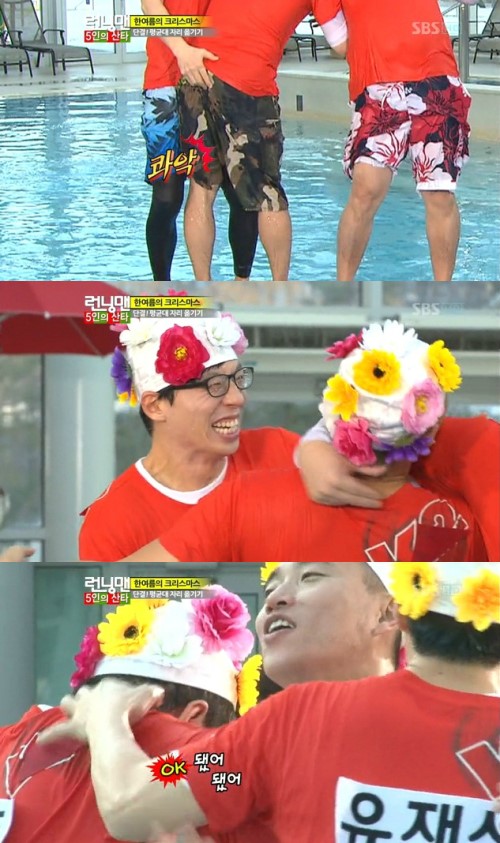 Yoo Jae Suk is currently gaining a lot of attention from his ‘bad mannered hands’.

In this episode, members of Running Man were spotted playing a game on top of a balance beam which was arranged in the middle of a swimming pool. In the midst of this game, Gary almost lost his balance while trying to move on the balance beam, and it was here that Yoo Jae Suk quickly saved him by grabbing onto his butt. Yoo Jae Suk’s ‘bad mannered hands’ had appeared in this scene.

After watching the broadcast of this episode, the netizens jokingly commented, “Yoo Jae Suk’s ‘bad mannered hands’, disappointing~“, “This week’s episode of ‘Running Man’ was daebak!” and  “Gary’s facial expression was funnier“.