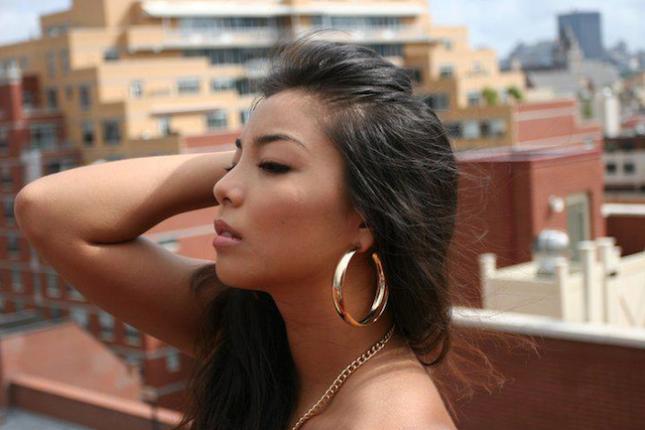 Ailee has been caught up this week in a nude photo scandal causing her much embarrassment after the photos were published online.

YMC released a press release soon after the photos were discovered to have been leaked.

Hello everyone, this is YMC Entertainment.

We would like to address the issue regarding the nude photos of our singer Ailee that had been taken before her debut.

As she is our singer, we had to spend some time to verify the facts and rumours from her personally, and we hope that everyone can understand why we had to delay on issuing a statement until now.

After verification, we can confirm that the photos had been taken by Ailee while she was living in America. She was asked to take those photos by a famous underwear company, after receiving an offer to be a model for them. We haven’t checked out the photos on the anonymous website as yet, but we will continue to check and verify to assist police in their investigations.

Ailee was asked to take those nude photos by the company, in order for them to better examine her body to check for her suitability. As it was a famous underwear company, Ailee had trust that the photos will be properly protected.
But after the photos were sent out, Ailee was unable to get into contact with the company. Ailee was worried that the photos might fall into wrong hands, and made a police report.

After investigations, it was discovered that it was just a scam that primarily targeted college students like Ailee. There were also other girls that had been scammed in a similar manner like Ailee. As the scam was done online, the police were unable to find any conclusive evidence, and the case was then closed.

The above regarding the leak of the photos are nothing but the truth.

We will be taking the matter to court, and seek legal action against the person who leaked the photos. We will also do our very best to minimize the hurt that Ailee is suffering because of this.

The photos was something that happened because Ailee was young and did not know the severe consequences of it. The leak of the photos isn’t of her own doing at all, and this is a great deal of pain for her family and Ailee, who must live her life as a woman before she is a singer.

This issue is something that has caused Ailee much shock and hurt, and will be a painful memory for her personally. We are worried that this issue will have a severe impact on Ailee, especially as she has been working really hard to achieve her dreams all this while.

We ask that you give words of comfort and encouragement to Ailee, and give her strength to overcome her hurt, and continue with her activities as a singer.

GD's "Who you" MV, filmed with fans is released!