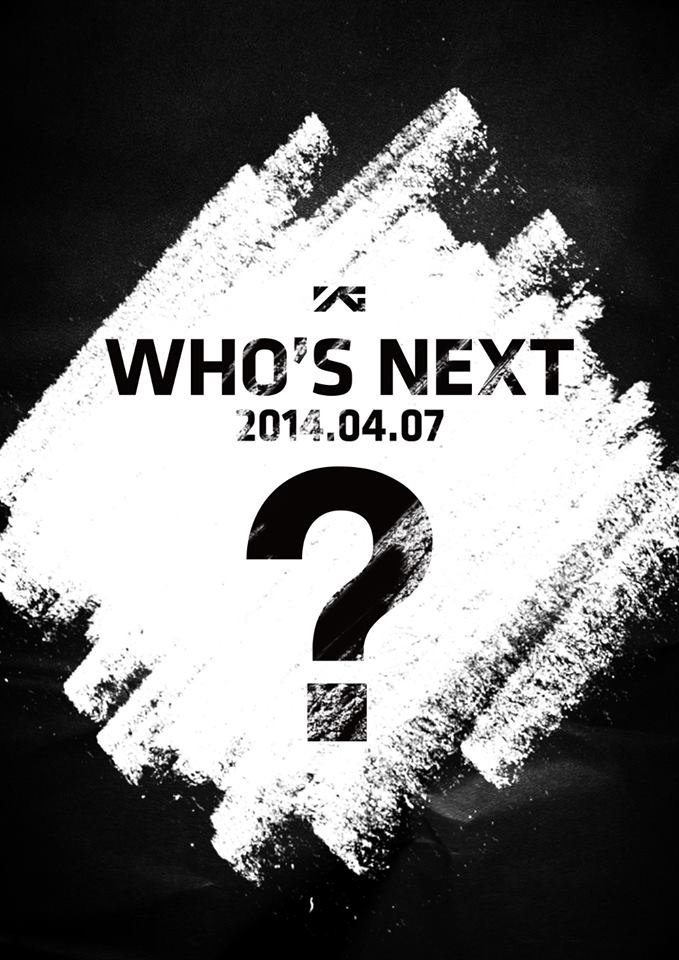 On 21st March 2014, YG Entertainment released a “Who’s Next” photo, hinting that another comeback could be on it’s way.

Many fans have been commenting who they think it will be, the most common guesses being Winner and PSY.

After a long break, 2NE1 are still promoting their new album Crush and their world tour All or Nothing.

Who do you think is next?