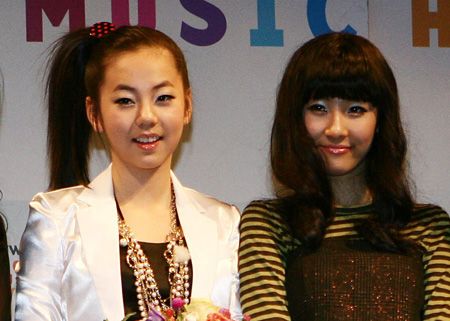 So Hee from kpop girl group Wonder Girls’ has admitted a taste in bad guys.

SBS’s Power FM Choi Hwa Jung’s Power Time featured the girls on November 15. The host of the show asked, “Who is more attracted to bad guys among you, all the members? ”

Wonder Girls’ answered back So Hee was usually attracted to bad guys and she liked them.

So Hee said, “I’m often fascinated by bad guys, not by nice guys.”

In the question to check their team work, choosing between actor Won Bin and Zo In Sung, only So Hee chose Zo In Sung.

She said, “I chose Zo In Sung because I think he is more closer to bad guys.”

On a show, she once said that her agency stopped banning dating with guys and her ideal type was actor Park Hae Il.

"How We Feel" MV teaser released by Clazzi

T-ara's Jiyeon performs with no makeup?