SHINee made a surprise visit to London, UK! 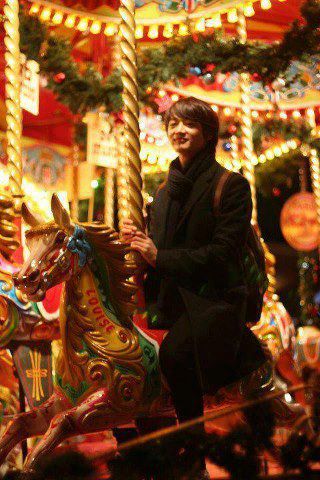 On 26th November, two members of SHINee, Key and Minho, arrived at London Heathrow Airport. They went to the Hilton in Paddington, where a few fans recognised them. They went round the city of London that afternoon visiting the Korean Cultural Centre UK and famous sites.

Key and Minho seem to be in London for a holiday but they did bring the camera crew with them. Key was spotted in front of Buckingham Palace and Minho was spotted riding a carousel in Winter Wonderland in Hyde Park. 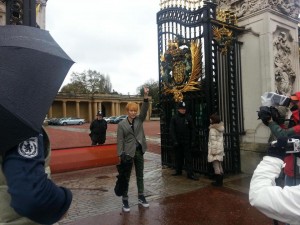 Key is known to have quite a few friends in London so he’s likely to hang out with them and go shopping. Last time he was in London for the London Korean Film Festival Opening Gala Concert, he spent time with the designer, Carri Munden.

Last time Minho was in London, he went to see a football match at Emirates Stadium. It is very likely that he will be seeing another football match, while he is here.

The two members are leaving London from Heathrow Airport on 29th November. Until then, I hope they have a great time!