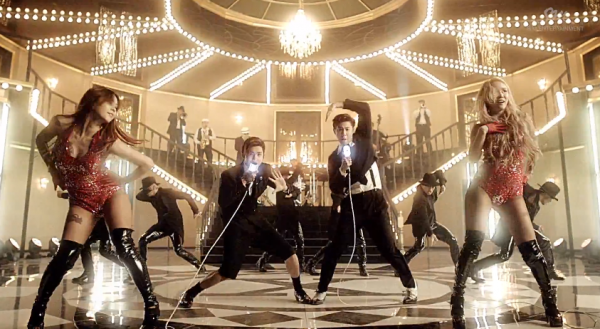 What a way to start off the new year!

Cassies received a special treat on the first day of 2014 as TVXQ’s music video for “Something” was released promptly after midnight PST time.

The video was heavily influenced by the glitz and glam of the Las Vegas lifestyle accompanied by the lively swing and jazz tune of the song.

TVXQ will be making their comeback on January 3rd on Music Bank and the group’s 7th full-length album titled Tense will be released on January 6th.

Check out the music video, below!