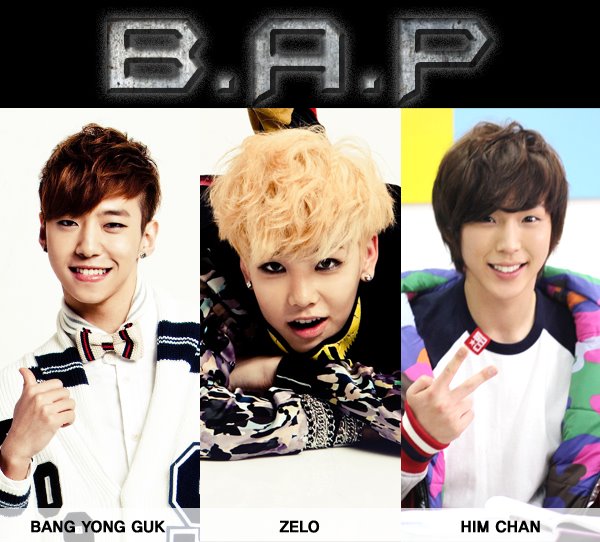 TS Entertainment announced on December 30, “B.A.P, a new boy group consisting of six members including Bang Yong Gook and Zelo, will release their debut teaser commercial at half-time before the second part of SBS, KBS, and MBC’s Music Festivals start. Through the teaser commercial, they will celebrate the end of this year and promise to meet again in 2012.”

This is rare for a new band to release a teaser through terrestrial channels, as previously only TVXQ in 2010 followed the same strategy for their comeback.

B.A.P’s agency commented, “TS Entertainment wanted to make a chance to show B.A.P, a new boy group we are ambitiously launching, to as many people as possible before their official debut. This TV commercial is also for the large showcase of B.A.P, which will take place in Jangchung Gymnasium on January 28 with 3000 audiences attending.”

Two members of B.A.P, Bang and Zelo, are currently performing as a unit group with “Never Give Up”.